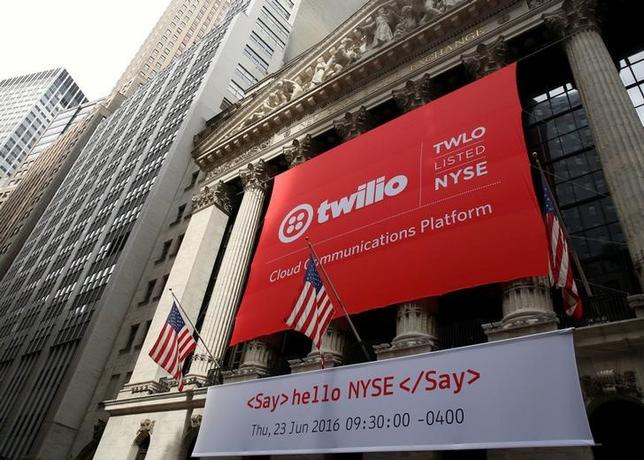 A banner for communications software provider Twilio Inc., hangs on the facade of the New York Stock Exchange (NYSE) to celebrate the company’s IPO in New York City, U.S., June 23, 2016.

Twilio Inc, a developer-focused messaging and voice services provider, reported a 70 percent jump in quarterly revenue in its first report since going public in June, driven by demand.

The company’s total revenue rose to $64.51 million in the second quarter ended June 30 from $37.95 million a year earlier.

Twilio’s software is used by large companies such as Netflix Inc, WhatsApp and Uber, allowing them to speak with and text customers without exchanging contact information.

The company’s first-quarter revenue had soared 77.9 percent to $59.3 million, while its net loss had narrowed to $6.5 million from $8.7 million.

Twilio’s IPO on June 23 was the first offering in 2016 from a technology “unicorn”, private companies valued at more than $1 billion. The stock had nearly tripled from its IPO price of $15 through Monday’s close of $42.50.