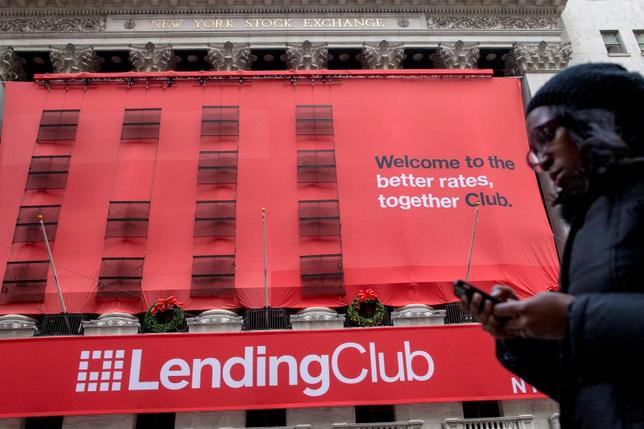 A woman looks at her phone as she passes by a Lending Club banner on the facade of the the New York Stock Exchange December 11, 2014.

Reporting its first quarterly results since the ouster of the company’s founder and CEO Renauld Laplanche in May, LendingClub said net loss widened to $81.4 million, or 21 cents per share, in the second quarter ended June 30, from $4.1 million, or 1 cent per share, a year earlier.

Loan originations, a key metric indicating the volume of loans processed by the company, rose 2.3 percent to $1.96 billion.

(Reporting By Nikhil Subba in Bengaluru; Editing by Sriraj Kalluvila)