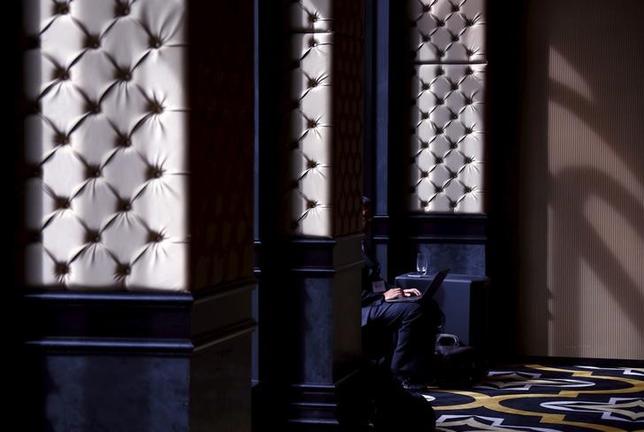 A delegate at the FireEye Cyber Security Summit uses his laptop during a break in sessions at a venue in Sydney, Australia, March 17, 2016.

Australia has set up a cyber-intelligence unit to identify terrorism financing, money laundering and financial fraud online, the government said on Tuesday, because of “unprecedented” threats to national security.

The measure expands on a major platform of conservative Prime Minister Malcolm Turnbull, who narrowly won re-election last month after promising to improve Australia’s cybersecurity and transform the economy into a tech-savvy business hub.

“We know that the use of fraudulent identities continues to be a key enabler of serious and organized crime and terrorism,” Keenan said in a statement.

The new unit would also work with the Australian Cybercrime Online Reporting Network to identify patterns and trends that could indicate large-scale financial scams or their methodology, Keenan said.

Reuters previously reported that a decision by Australia’s major banks to stop offering overseas remittance services had driven the money transfer business underground, making it harder for the authorities to track.

In February, unknown hackers tried to steal nearly $1 billion from the Bangladesh central bank’s account at the Federal Reserve Bank of New York, and succeeded in transferring $81 million to four accounts at RCBC in Manila.