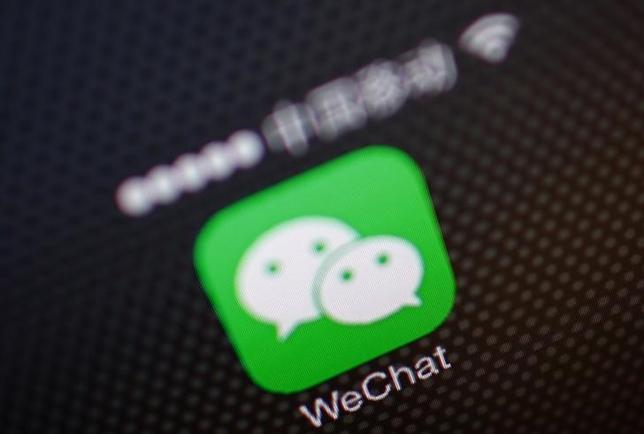 Late to the party, WeChat, China’s biggest Internet-based mobile messaging platform, is scrambling to get a piece of the action in the booming African market.

The move is leading the South Africa-China joint venture down a fiercely competitive path as Facebook’s WhatsApp is already part of the social media fabric in most African countries.

Africa is not often the scene of battles between tech giants, but the outcome could help determine who can turn the exponential growth in online messaging services into profits.

But WeChat is betting an array of services that include money transfers, prepaid electricity and airtime purchases and its experience in selling products to lower income users in the villages of China will loosen the Silicon Valley grip.

“That’s at the heart of the story for us because we knew that we were late to the market compared to other instant messaging apps and so we realized that focusing on chat services was not the most practical way to get to market,” WeChat Africa head Brett Loubser told Reuters.

Launched in Africa in 2013 by China’s Internet giant Tencent and its 34 percent shareholder South African e-commerce and media group Naspers, WeChat Africa is a rare south-south corporate partnership to expand on the continent.

The joint venture is facing an uphill battle in taking on WhatsApp, which offers free text, picture and video messages and whose adoption in big African markets such as South Africa was lightening-fast because texts over a phone network are still expensive.

A 2015 study by World Wide Worx, a Johannesburg consultancy, showed WhatsApp had just over 10 million users in South Africa compared with just over 5 million for WeChat.

But WhatsApp, acquired by Facebook in 2014 for $19 billion and which has a long-standing promise to keep the platform ad-free, has no immediate plans to make money out of the service in Africa, Facebook Africa head Nunu Ntshingila said.

“At this point in time, we are not at the stage where we are looking at monetizing WhatsApp,” Ntshingila told Reuters. “That’s in a three-year time frame because right now the focus is on two big apps which are Facebook and Messenger.”

With Facebook’s deep pockets, analysts believe WhatsApp can easily leverage its popularity on the continent as and when it turns on the monetization tap. Ntshingila said WhatsApp is the No.1 messaging platform in South Africa, Nigeria and Kenya.

“You could argue that WeChat is pulling ahead in monetization efforts but WhatsApp guys can do anything using their numbers. It’s all about who’s got numbers,” ICT analyst Sibonginkosi Nyanga at fund manager Momentum SP Reid said.

WhatsApp is testing making restaurants, airlines and credit card firms pay to contact consumers, its Chief Executive Jan Koum said in January, when the company announced it is dropping its token $1 fee levied on some of its users.

Although there are no reliable statistics on the number of mobile phone owners who use either WhatsApp or WeChat on the rest of the continent, there are parts of Africa where WeChat is almost unknown whereas WhatsApp is everywhere from Namibia to Niger.

“I used to have a WeChat account but I deleted it because you will find virtually nobody to chat. With WhatsApp, there are no complications, it’s simple and all my friends use it,” Nkululeko Mabuza, a 24-year-old social worker in Tzaneen, a large town 400 km (250 miles) north of Johannesburg.

Loubser said WeChat is all about making it easier for users with a suite of features to order food takeouts, shop online, search for jobs and transfer money without having to leave the interface.

“We looked very carefully at what the platform can achieve beyond just messaging because people use products when there’s value for them,” he said.

The service might be alluring for Africans. The success of telecoms operator Safaricom’s mobile money service M-Pesa in Kenya has convinced investors and executives that the convergence of financial services and mobile phones offers growth opportunities.

The logic of using mobile phones to access financial services in sub-Saharan Africa is obvious: For every 100,000 people there are at least four bank branches and five ATMs but more than 700 mobile phones.

Earlier this month WeChat partnered with Stuff, the word’s best-selling gadget and technology magazine, and a unit of household goods retailer Steinhoff to launch a payment feature that allows WeChat Wallet users to scan a barcode along side a product in the magazine.

Riding on Naspers’ pay-television monopoly across Africa WeChat can also be used to cast votes for popular reality shows such as Idols and Big Brother.

“I’m a big Idols fan and for me to vote on Idols I have to have a WeChat account. But I still have WhatsApp, which is for chatting with my friends,” said Nkosinathi Sibanyoni, 28-year old a human resource practitioner.

Naspers Chief Executive Bob van Dyk admits that the number of WeChat users has not reached a level that would make the platform’s collection of features mainstream.

“Something that we’ve been confronted with is that because there is so much competition for the chat product you need a certain audience engagement before any of those other products can become mainstream,” van Dyk told Reuters last month.