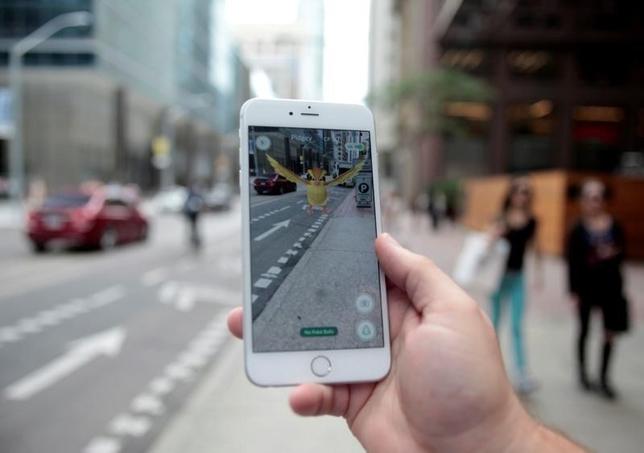 A ”Pidgey” Pokemon is seen on the screen of the Pokemon Go mobile app, Nintendo’s new scavenger hunt game which utilizes geo-positioning, in a photo illustration taken in downtown Toronto, Ontario, Canada July 11, 2016.

Japan, one of the world’s biggest gaming markets, joins United States, Canada, Australia and more than 30 countries in Europe to have the “augmented-reality” game, in which players interact with virtual characters in the real world.

Pokemon Company officials could not immediately be reached for comment.