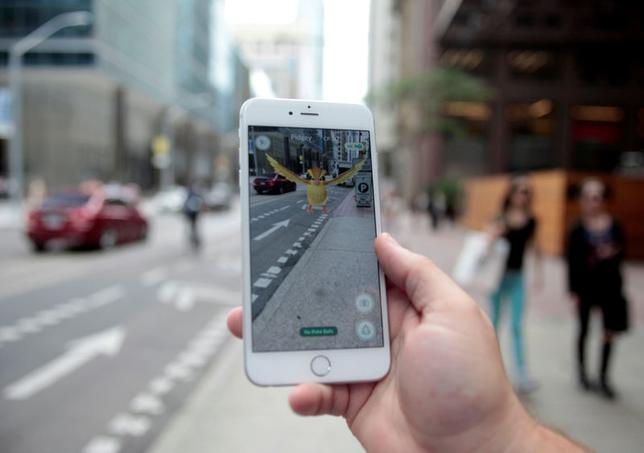 A ”Pidgey” Pokemon is seen on the screen of the Pokemon Go mobile app, Nintendo’s new scavenger hunt game which utilizes geo-positioning, in a photo illustration taken in downtown Toronto, Ontario, Canada July 11, 2016.

Shares of Japan’s Nintendo Co soared 10 percent in early trade on Tuesday, buoyed by the ongoing popularity of its Pokemon GO mobile game.

Tokyo markets were closed for a public holiday on Monday. On Friday, Nintendo’s shares closed up 9.8 percent and its trading volume hit a record for an individual stock on the Tokyo Stock Exchange.