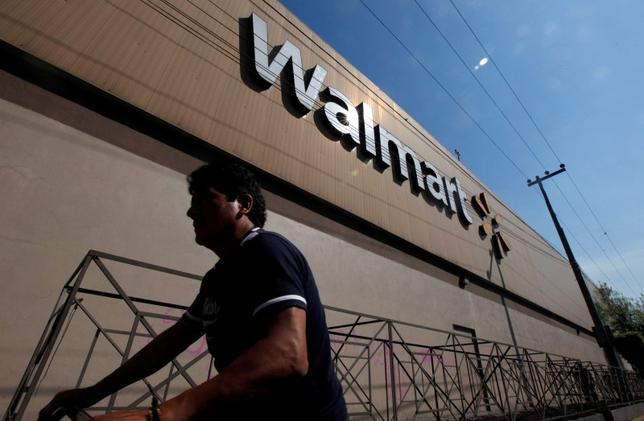 A person walks outside a Wal-Mart store in Mexico City January 11, 2013.

Wal-Mart Stores Inc said on Wednesday it has completed the rollout of its Wal-Mart Pay mobile payment service across the United States and that 88 percent of transactions on the app are from repeat users.

Overall transactions in the service, which the world’s largest retailer launched in December, jumped 45 percent in the last week, company executives said on a conference call.

Wal-Mart did not give details on the rise in transactions since the launch, or the number of users using the mobile app in its stores.

U.S. retailers have launched a series of mobile payment apps in the last two years, but customers and merchants have been slow to adopt them.

Walmart Pay is available on Apple and Android devices and allows payments with any major credit, debit, pre-paid or Walmart gift cards.

(Reporting by Nandita Bose in Chicago; Editing by Richard Chang)