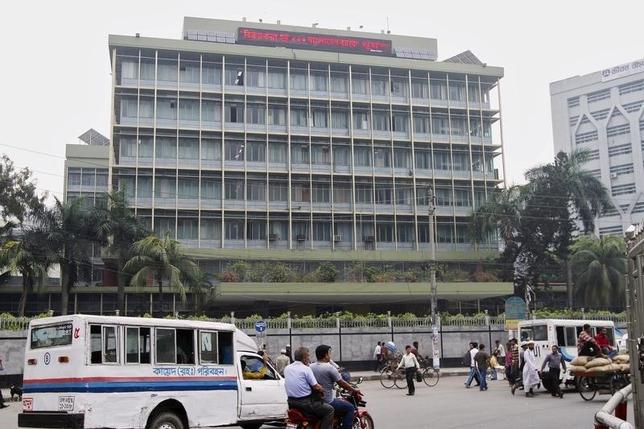 Commuters pass by the front of the Bangladesh central bank building in Dhaka March 8, 2016. To match Exclusive CYBER-HEIST/BANGLADESH

Bangladesh central bank officials will hold a meeting with the New York Federal Reserve next month to try and speed up efforts to recover $81 million stolen by hackers from its account at the Fed, officials in Dhaka said.

More than four months after the hackers broke into the computer systems of Bangladesh Bank and transferred money into bank accounts in Philippines using the SWIFT payment network, there is no breakthrough yet in investigations.

Most of the money has disappeared into casinos in the Philippines and remains missing.

While the criminal investigation has made slow progress, Bangladesh Bank has focused on getting back the money, leaning on the New York Fed and the Philippines central bank for help.

Both said the talks follow a meeting in Basel in Switzerland in May where the heads of the Bangladesh central bank, the New York Fed and representatives from SWIFT agreed to help Bangladesh Bank get back its money.

One official involved in the preparations for the meeting said on Tuesday they would also be discussing future arrangements on the central bank’s deposits held in New York.

“Its a follow-up meeting for recovery of funds. But there are other things as well. Fed is holding our account. We are their customers, there are things we need to discuss,” the official said, speaking on condition of anonymity, citing bank rules.

The official said he was not sure if SWIFT would be part of the meeting. SWIFT had no immediate comment to make.

SWIFT, a cooperative owned by 3,000 financial institutions, has rejected those allegations and said its messaging platform was not breached in the Bangladesh hack.