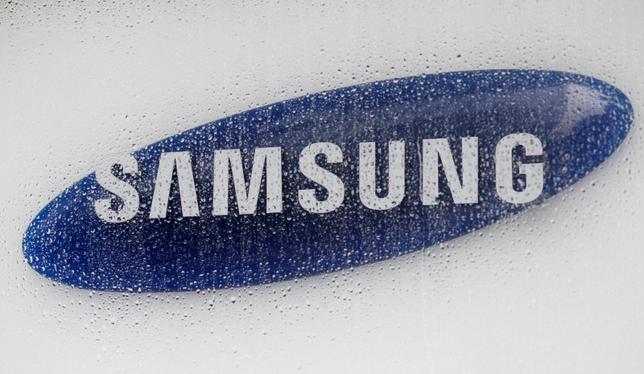 The logo of Samsung Electronics is seen at the company’s headquarters in Seoul, South Korea July 6, 2012.

The world’s top smartphone maker ranks well behind peers such as Nokia Corp, Huawei Technologies Co Ltd [HWT.UL] and Ericsson in the networks business, after backing CDMA and WiMax wireless technologies that never caught on globally.

The South Korean giant now sees an opportunity to catch up by moving fast and early on 5G, the wireless technology that telecom equipment makers are rushing to develop as the next-generation standard.

“We plan to move quickly and want to be at least among the top three with 5G,” Kim Young-ky, Samsung’s network business chief, told Reuters in an interview.

“It’s important to get in early.”

5G wireless networks could offer data speeds tens of times faster than 4G technology, enabling futuristic products such as self-driving cars and smart-gadgets that tech firms expect to become ubiquitous in the homes of tomorrow.

Major network firms are targeting the United States as it moves rapidly ahead with plans to open spectrum for 5G wireless applications. Some U.S. officials expect to see the first large-scale commercial deployments by 2020.

Samsung is targetting more than 10 trillion won ($8.6 billion) in annual sales of 5G equipment by 2022, a spokeswoman said.

This would be a big step up for a networks business that generated less than 3 trillion won in revenue last year, compared with 100.5 trillion won in mobile device sales.

Crucial to its plans is a partnership with New York-based Verizon Communications Inc to commercialize the technology. Other firms working with Verizon on 5G include Nokia, Ericsson, Qualcomm and Intel Corp.

Samsung – which was a distant fifth player in the global 4G infrastructure market in January-March, according to researcher His – declined to comment on what clients it expected to receive 5G equipment orders from.

As the industry has yet to decide on a 5G mobile standard, Samsung plans to start by selling equipment such as base transceiver stations and home receivers for fixed wireless broadband access.

“Even in Manhattan there are many areas in which it’s difficult to get access to wireline broadband services,” Kim said.

The fixed wireless broadband market alone could be worth tens of billions of dollars, he said.

Yet some analysts said it could be difficult for Samsung to convince carriers to increase orders at the expense of more established players.

“The network equipment business is a B2B business where the barrier to entry is high,” Alpha Asset Management fund manager C.J. Heo said.