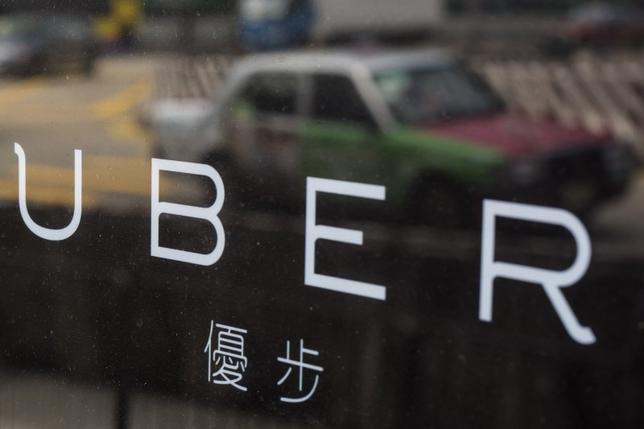 A taxi is reflected in a window at the office of taxi-hailing service Uber Inc in Hong Kong, China August 12, 2015.

The company has been in fierce competition with Didi Chuxing, which is backed by internet giants Alibaba Group Holding Ltd and Tencent Holdings Ltd, across China. Uber’s market share in China has grown to about 30 percent now from 1 percent in 2015, Liu Zhen said at The Wall Street Journal’s Converge technology conference in Hong Kong.

Both companies have spent heavily to subsidize fares to gain market share in the country, raising speculation in local media that they might ultimately join forces. Didi itself teamed up with a former local rival last year.

“I heard the noise a lot and got asked that a lot about this (a tie-up with Didi),” Liu said. “When you look at the growth we have, market share growth of 1 percent to one-third, and the efficiency we have achieved, our business is in a greater than ever position to continue the rapid growth.”

Asked when Uber would overtake Didi, she replied: “I hope next year.”

Uber on Wednesday said it had raised $3.5 billion in capital from Saudi Arabia’s sovereign wealth fund, bulking up its resources to expand services in markets including China, the Middle East and North Africa.