Dropbox Smeared in Week of Megabreaches 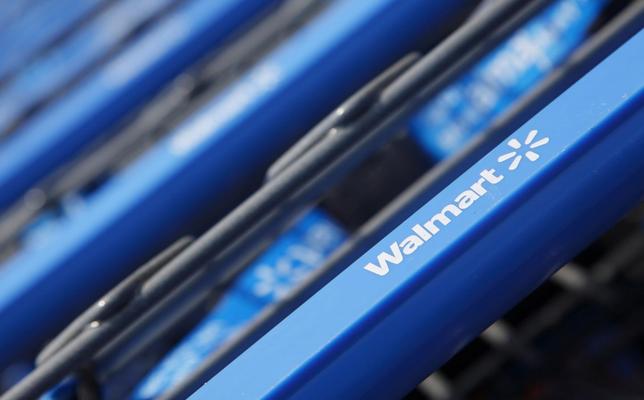 Wal-Mart Stores Inc will partner with ride hailing services Uber and Lyft to trial online grocery deliveries, as it looks to speed up shipment times and better compete with rivals like Amazon.com Inc

The world’s largest retailer said it would begin test deliveries within the next two weeks in Denver and Phoenix. Wal-Mart’s warehouse unit Sams Club began a pilot in March with startup Deliv to dispatch groceries to business customers in Miami.

Improving delivery times is seen as a way to appeal to busy inner-city workers who do not own cars and for whom grocery trips are often limited to what they can carry home. Amazon already operates Prime Fresh, a same-day “fresh produce and grocery” delivery service.

Wal-Mart said it will charge customers a $7 to $10 delivery charge for its new delivery service, and will also alert customers when their order is being delivered.

The largest grocer in the United States is already expanding its online order options to offer grocery deliveries within two days for a $49 minimum annual fee. It also comes at a time when Wal-Mart is betting big on its online grocery pick-up service.

In April, Reuters reported that Wal-Mart was expanding free curbside pickup of groceries into eight new cities including Kansas City and Austin. On Thursday, it said it would expand that service to 14 new markets by late June.

Online groceries are a $10.9 billion industry in the United States, and the market is expected to grow 9.6 percent annually through 2019, according to a December report by market research firm IbisWorld.

One of the largest players in the segment is Amazon, which delivers groceries in Seattle, New York, Philadelphia, and northern and southern California.

For Wal-Mart, the move in online grocery follows a $2.7 billion investment over the past two years boosting worker wages and training, steps that it hopes will improve its customer service and help boost sales.

(Reporting by Nandita Bose in Bentonville, Arkansas and Arathy S Nair in Bengaluru)