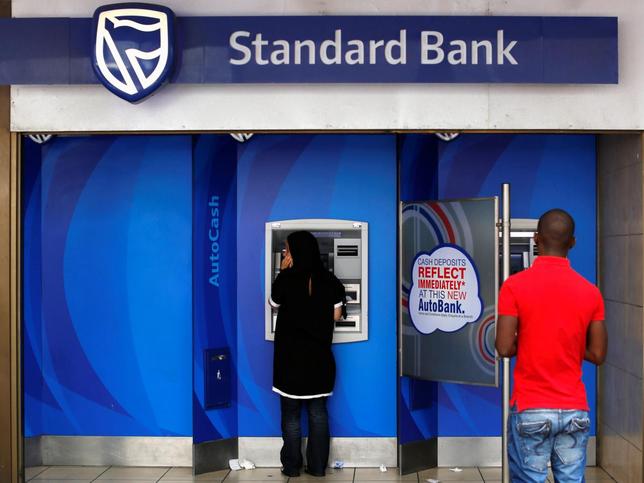 Customers queue to draw money from an ATM outside a branch of South Africa’s Standard Bank in Cape Town, March 15, 2016.

The criminal gang made 14,000 withdrawals in just three hours from bank machines at 7-Eleven convenience stores across Japan on May 15, withdrawing 1.4 billion yen ($13 million), according to a source familiar with the matter.

The bank’s co-Chief Executive Sim Tshabalala told Reuters on the sidelines of the bank’s annual general meeting that the matter was “serious” but declined to comment further.

The bank’s other co-Chief Executive Ben Kruger said cards were highly prone to fraudulent activity, especially if based only on relatively old magnetic strip, or mag-stripe, technology, as is the case in Japan.

“In South Africa the industry and the authorities have invested significantly over the last five years in chip and pin technology to ensure that cards are not just run on mag-stripes that are clearly far more vulnerable,” he told Reuters.

Card fraud remains a high priority, he said, adding that the bank had “frustrated a very large amount of fraud last year and the year before.”