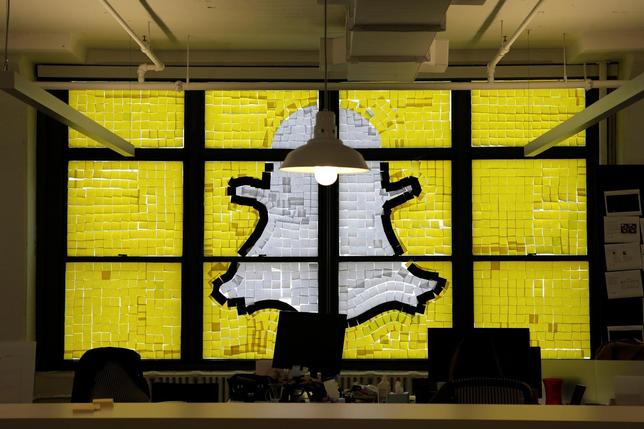 An image of the Snapchat logo created with Post-it notes is seen in the windows of Havas Worldwide at 200 Hudson Street in lower Manhattan, New York, U.S., May 18, 2016, where advertising agencies and other companies have started what is being called a ”Post-it note war”…

Messaging app Snapchat Inc has raised $1.81 billion in an equity offering, indicating strong investor interest in the company despite concerns that it is struggling to attract advertisers.

Snapchat did not disclose its valuation in the latest round of funding in its filing on Thursday. (1.usa.gov/1Xz2x2n)

However, technology website TechCrunch reported on Monday, citing sources, that the company could be valued at about $20 billion.

Snapchat, which makes a free mobile app that allows users to send videos, photos and messages that vanish in seconds, has faced concerns that the company’s estimated valuation is not justified because of its uneven revenue stream.