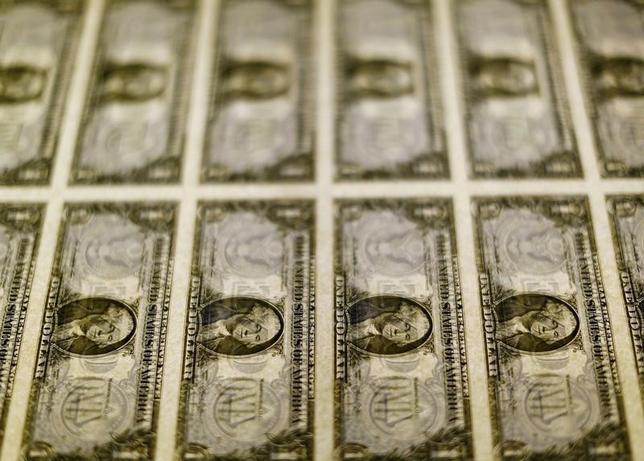 United States one dollar bills are seen on a light table at the Bureau of Engraving and Printing in Washington November 14, 2014.

New York state’s financial regulator, which recently launched a probe into LendingClub Corp, is preparing to look into the activities at other online lenders and whether they should be licensed in New York, a person familiar with the matter said on Wednesday.

The New York Department of Financial Services (NYDFS) has not yet established which companies it may target, but information it receives in response to a May 17 subpoena sent to LendingClub, one of the largest online lending services, could shed light on broader industry practices that require scrutiny, said the person, who was not authorized to discuss the issue publicly.

Last week, NYDFS subpoenaed San-Francisco based LendingClub, a so-called peer-to-peer lender, asking for information about loans it issued to New Yorkers since May 17, 2013. Information demanded by the regulator includes interest rates that LendingClub charges, underwriting standards and details about how the company verifies borrower information.

LendingClub has until June 21 to respond. It has said it will cooperate fully with the investigation.

Hailed as a “fintech” rival to traditional banks in the wake of the financial crisis, lenders like LendingClub enjoyed rapid growth and attracted plenty of investor dollars through their promise to provide quick and cheap unsecured personal and business loans online. Unlike banks, which retain some of the risk from the loans they make, marketplace lenders sell the loans on to hedge funds, pension funds or individual investors.

U.S. regulators have taken baby steps so far to regulate the sector with the Treasury this month calling for greater scrutiny.

The NYDFS can determine whether a lender’s interest rate practices comply with the state’s usury laws, which cap interest rates at 16 percent. LendingClub charges interest rates as low as 5 percent and as high as 29 percent, according to the company’s data.

LendingClub, which is not licensed in New York, has previously said it is able to charge rates above 16 percent because it funnels its business via WebBank [WEFNB.UL] in Utah, where there is no interest rate cap.

Broader examination of the industry by NYDFS could lead to licensing requirements for online lenders in the state along with additional oversight of business practices and loan terms.

The ramped-up scrutiny could trigger headaches for other leading online lenders such as Prosper, the second-largest marketplace lender, and Ondeck, among others. Prosper, which declined to comment, does not have a New York license, according to its website. It is unclear where Ondeck is licensed, and a representative did not immediately return a call requesting comment.

The entire industry is already smarting from weakening investor appetite for their loans as defaults rise.

New York’s action is at least the second probe launched against LendingClub since its founder and chief executive, Renaud Laplanche, was ousted earlier this month after an internal probe found the company had falsified documentation when selling a package of loans.

The U.S. Department of Justice launched an investigation into the events leading up to Laplanche’s departure. LendingClub has also said that it was in contact with the U.S. Securities and Exchange Commission, although the reason for those communications was unclear.