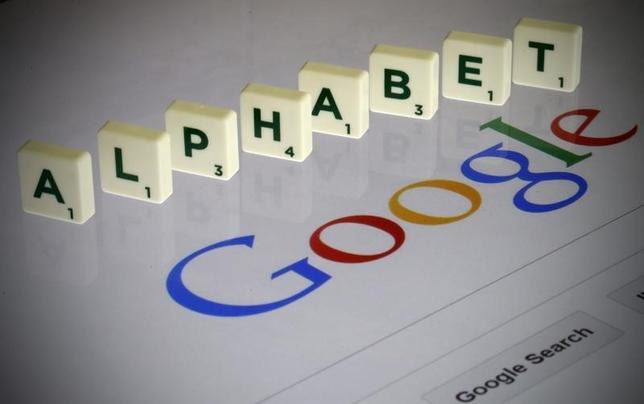 Letters spell the word ”Alphabet” as they are seen on a computer screen with a Google search page in this photo illustration taken in Paris, France, August 11, 2015.

Even if a jury orders Alphabet Inc’s (GOOGL.O) Google to pay the full $8.8 billion sought by Oracle Corp (ORCL.N) in an upcoming San Francisco copyright trial over the Android operating system, shareholders and analysts say it will likely have little impact on the search giant’s bottom line.

Oracle claims Google’s Android violated its copyright on parts of the Java programming language, while Google says it should be able to use Java without paying a fee under the fair-use provision of copyright law.

The case previously went to trial in 2012, but a jury deadlocked. If the new jury, in the trial starting on Monday, rules against Google on fair use, then it will consider damages.

Google took in $75 billion in revenue in 2015, so even a large verdict for Oracle would have little impact on investors because it would be a one-time charge, said Mike Bailey, director of research at FBB Capital Partners, which holds shares in Alphabet, Google’s parent company.

Oracle is also seeking an injunction against Google’s future use of Java in Android, which would give Oracle more leverage to negotiate an ongoing royalty. However, such an injunction would have to be issued by a judge, not a jury, and legal experts believe that is a remote possibility.

After the first trial, U.S. District Judge William Alsup ruled that the material at issue in the case should not be subject to copyright at all. A federal appeals court reversed that ruling, however, saying that the structure of the computer language that connects programs can be protected.

An Oracle representative did not respond to a request for comment, and a Google spokesman declined to comment.

A damages expert hired by Oracle estimated that Google has taken in $29 billion in gross advertising and search revenue from Android devices since their inception, according to court documents, plus an additional $11.6 billion in sales of apps and Android phones.

Oracle’s expert then calculated Android profits at $11.4 billion, of which he concluded Oracle is entitled to $8.8 billion.

However, Google says Oracle has vastly overstated Java’s role in the success of Android.

In a ruling this week, Alsup said Oracle’s damages expert will be allowed to testify about the $8.8 billion figure but cannot tell jurors they should award the entire amount.