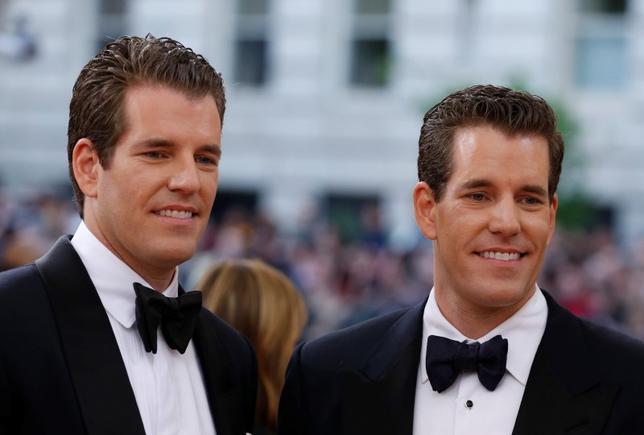 Entrepeneurs Tyler and Cameron Winklevoss arrive at the Metropolitan Museum of Art Costume Institute Gala (Met Gala) to celebrate the opening of ”Manus x Machina: Fashion in an Age of Technology” in the Manhattan borough of New York, May 2, 2016.

Cuomo said Gemini would be the first U.S.-based ether exchange, created and operated in New York.

Ether, an alternative currency that differs from bitcoin, is a token or digital asset of the Ethereum platform, a public blockchain, or distributed ledger. The platform uses ether to execute peer-to-peer contracts automatically without the need for intermediaries. The blockchain is the underlying technology behind bitcoin and alternative currencies.

“With robust regulatory oversight, we are maintaining our status at the forefront of this technological revolution and ensuring that users have a safe and secure experience,” Cuomo said.

Trading on ether will begin on Monday, May 9, said Cameron Winklevoss, Gemini’s co-founder and president, in an interview with Reuters. Customers will be able to store their ether from Thursday until it starts trading on the exchange on Monday.

“We started buying ether at the beginning of the year,” Winklevoss said. “Ethereum Foundation has a set number of ether that they have set aside over a period of time, then the proceed from that will go to the funding of the foundation and the developers to further the protocol.”

The Winklevoss twins chose ether to trade on its exchange because of its “unique capabilities” that are different from bitcoin, they said.

“There is a place for ether on our platform. It does what bitcoin doesn’t do,” Winklevoss said. “So that is the sort of criteria, that it is different enough from bitcoin and the proposition is great enough that this makes sense for us to include it in our platform.”

According to coinmarketcap.com, ether is trading at $9.90 on Thursday, with a market capitalization of about $789 million, the second largest behind bitcoin. Bitcoin currently has a market cap of $6.9 billion. Daily volume for ether is around $16.2 million.

Ether trades on other exchanges as well, but Winklevoss said those exchanges are unregulated or unlicensed.

“It’s pretty clear that in the U.S. if you’re an exchange, you are required, at the minimum a money transmission license in each state,” Winklevoss said. Anybody who’s operating an ether exchange doesn’t have a license and is on borrowed time.”