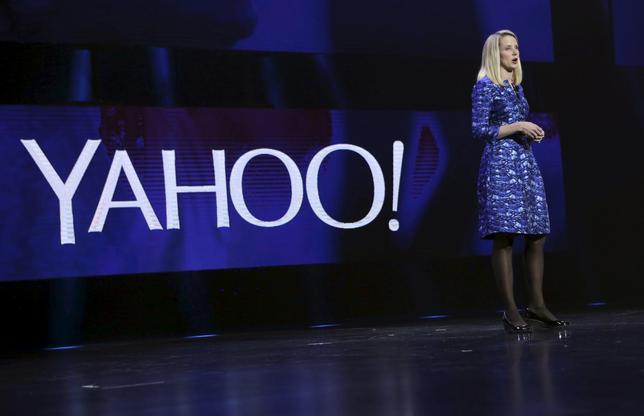 Yahoo Inc’s (YHOO.O) posted first-quarter revenue that beat analysts’ estimates slightly, but the 11.3 percent decline shows the web pioneer’s struggle to boost growth its core online search and display advertising business, which it is in the process of auctioning off.

The company’s shares rose nearly 1 percent to $36.66 in light volumes in extended trading on Tuesday.

In her nearly four years as Yahoo’s chief executive, Marissa Mayer has made little progress in her attempts to win back market share from bigger Internet players such Facebook Inc (FB.O) and Alphabet Inc’s (GOOGL.O) Google.

Yahoo’s total revenue fell 11.3 percent to $1.09 billion in the first quarter ended March 31. This was the first decline after four straight quarters of growth.

Analysts on average had expected revenue of $1.08 billion, according to Thomson Reuters I/B/E/S.

The internet company’s revenue peaked in 2008 and while it still runs some of the world’s most-read websites, it has been unable to keep up with Google and Facebook in the battle for online advertisers.

Under pressure from activist investors, Yahoo launched the auction of its core business in February after shelving plans to spin off its stake in Chinese e-commerce giant Alibaba Group Holding Ltd (BABA.N). It has also said it could spin off the business.

The first round of bids for interested parties closed on Monday, according to media reports. Verizon Communications Inc (VZ.N) is reportedly the favorite to win the auction, with Britain’s Daily Mail newspaper the latest firm to express interest.

” … We remain focused on the strategic alternatives process as a top priority …,” Yahoo said in its earnings statement on Tuesday, without giving further details.

On an adjusted basis, it earned 8 cents per share. On that basis, analysts were expecting earnings of 7 cents.