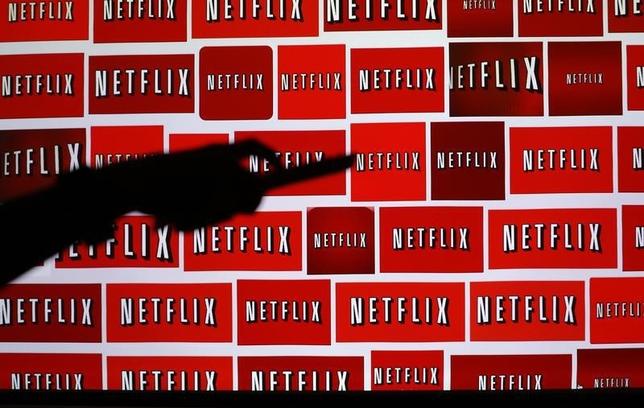 Netflix said it expected to add about 500,000 customers in the United States in the second quarter that ends in June, compared with Wall Street targets of 586,000, according to FactSet StreetAccount. The forecast includes a “modest impact” from the beginning of a price increase for its monthly subscription video service, the company said.

Netflix, known for its original shows such as “Orange Is The New Black” and “House of Cards,” said it expected to add about 2 million subscribers in markets outside the United States, versus analyst expectations of 3.5 million additions, according to FactSet.

“I think that people who relied on unbridled international growth are beginning to have second thoughts, and the company now faces domestic competition that may limit its ability to grow domestic profitability,” said Wedbush Securities analyst Michael Pachter, who has an “underperform” rating on the stock.

Amazon.com Inc (AMZN.O) announced it would offer its video streaming service as a standalone monthly subscription as it looks to drive membership in its Prime subscription service.

In January, Netflix went live in more than 130 countries, a huge global push by Chief Executive Reed Hastings to counter slowing growth in the United States.

Netflix said its forecast for fewer international additions than the prior year was due to tough comparisons with the year-ago period when it had launched in Australia and New Zealand.

The company will start boosting rates for more than half of its U.S. members from May.

“We are rolling this out slowly over the year, rather than mostly in May, so we can learn as we go,” the company said in a statement.

Netflix also said it expected to increase its spending on movie and TV content from about $5 billion in 2016 to more than $6 billion in 2017.

The company said it added 2.23 million U.S. subscribers in the first quarter ended March 31, more than the 1.75 million it had expected would sign up.

Over the past year, Netflix stock had risen more than 60 percent, making it the No. 3 performer on the S&P 500.

The company’s shares fell 10 percent to $97.45 in after-hours trading on Monday.