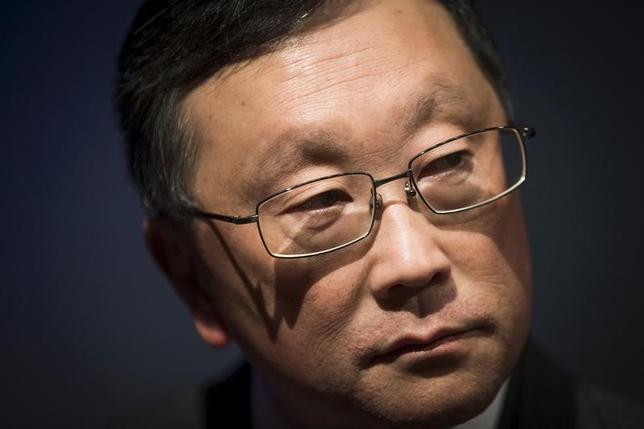 Chen made the comment in a blog posting after reports by Vice and Motherboard last week that threw a spotlight on a 2014 case in which Canadian law enforcement authorities used intercepted messages between some BlackBerry devices to unravel an organized crime network.

The devices were consumer phones that were not protected by BlackBerry’s BES server, which helps secure any devices running within corporate networks.

“We have long been clear in our stance that tech companies as good corporate citizens should comply with reasonable lawful access requests,” said Chen in the post.[blck.by/1qUkdJg]

“We are indeed in a dark place when companies put their reputations above the greater good,” said Chen, who is known to not shy away from publicly sparring with rivals.

Chen, who maintains the BES is “impenetrable” and that only BlackBerry’s clients can grant access to messages secured by it, has weighed in on the lawful access topic a number of times in the last few months, including in another blog last December. [blck.by/1k4jy46]

He also commented on the topic at a media roundtable earlier this month, when asked to comment about BlackBerry’s security capabilities in light of the U.S. Federal Bureau of Investigation’s hacking of an iPhone used by one of the San Bernardino shooters. Apple had declined to help authorities unlock the encrypted device.

“Not that we can crack every phone, but from the standpoint of BlackBerry’s philosophy, policy and principles, we will help whenever there is a formal subpoena that comes to us and we have been doing it for many, many, years,” said Chen.

“But since we don’t have a backdoor and since the encryption technology has now gotten to a point where we may, or may not be able to penetrate it, we will have the same difficulties, but we won’t have the same attitude about it and it won’t be front page news.”

“Of course we are not Apple, so it may or may not make front page news either,” added Chen with a coy smile.