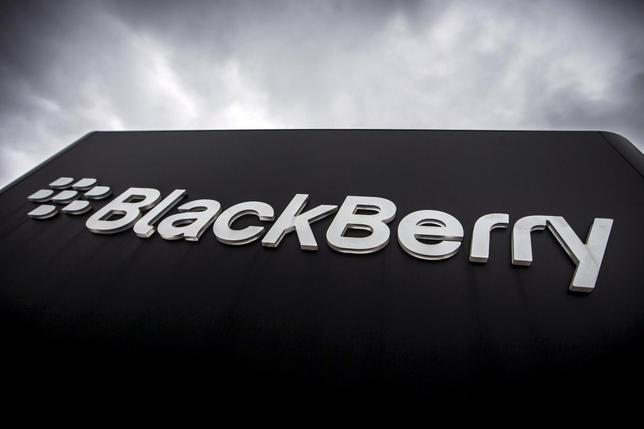 BlackBerry Ltd (BB.TO) reported a larger-than-expected slide in fourth-quarter revenue on Friday amid weakness in hardware sales, sending its shares down 7 percent in early trading.

The smartphone industry pioneer reported revenue of $464 million in the quarter, down from $660 million a year earlier. Analysts had expected $563.2 million, according to Thomson Reuters I/B/E/S.

“The decline in hardware revenue is certainly a negative,” said Morningstar analyst Brian Colello. “We’d like to see more details into how close BlackBerry is to achieving its target of profitability.”

Chief Executive John Chen told analysts that smartphone sales were below company expectations. This was partly due to delays in contract negotiations with carriers, including Verizon, about its Android-based Priv device, he said.

Excluding one-time items, it lost 3 cents a share, against analyst expectations for a loss of 10 cents a share.

BlackBerry said it expected its software and services revenue to grow faster than the overall mobility software market, at around 30 percent.

“We have clearly gained traction and market share in enterprise software,” CEO Chen said in a statement.

The company said just under a third of its revenue came from software and services. Service access fees still contributed 29 percent, and 39 percent was from hardware and other revenue.

Software and licensing revenue for the year came to $527 million, exceeding BlackBerry’s target of $500 million.

Shares of BlackBerry were down 7 percent at $7.53 in trading before the Toronto market opened.