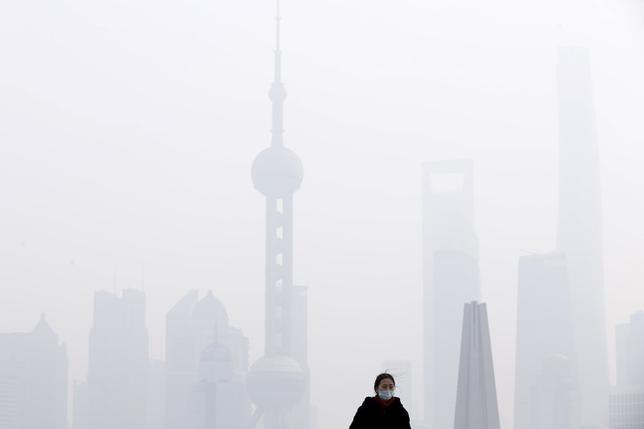 A woman wearing a face mask stands on a bridge in front of the financial district of Pudong amid heavy smog in Shanghai, China, December 15, 2015.

Foreign companies with dominant market positions could be increasingly forced to license technology to competitors or face sanctions under China’s latest draft antitrust policy guidelines, according to foreign business groups and attorneys.

The proposals include a so-called “essential facilities” doctrine, a legal concept that assumes some core infrastructure and technology is so important, or the barrier to entry so high, that refusal to share constitutes monopolistic behavior.

If interpreted broadly, companies could be forced to license their intellectual property (IP) to Chinese competitors or lower licensing costs to benefit local firms, at a time when China is seeking to promote domestic champions.

Draft guidelines for implementing the country’s 2008 Anti-Monopoly Law put forward by two of the country’s antitrust regulators go beyond global standards, experts and lawyers say. Telecommunications, pharmaceuticals and renewable energy industries, all priority areas for Beijing, are likely to be the most vulnerable.

“China is still fundamentally looking at this as though it is an IP taker rather than an IP creator,” said Lester Ross, a partner at law firm Wilmer Hale’s Beijing office.

China’s antitrust policies are worrying its trading partners, including the United States, which issued a joint statement with China during President Xi Jinping’s state visit to Washington last September that both countries would “avoid the enforcement of competition law to pursue industrial policy goals.”

“This administration worries about it a lot,” Baer said at the hearing.

The issue is likely to be discussed in April when officials from the State Administration for Industry and Commerce (SAIC) and the National and Development and Reform Commission (NDRC), two antitrust regulators to have put forward the proposals in recent months, are expected in Washington for talks, according to a source familiar with the situation.

In comments delivered to regulators in February, the two chambers said they were concerned about the effort to change market-determined licensing terms “into a right to receive whatever payment the government deems appropriate given its industrial policy de jure.”

“No other competition law jurisdiction in the world would have such a broad, unbalanced essential facilities doctrine,” Waterman said. The SAIC and the NDRC did not respond to a Reuters request for comment. Chinese antitrust officials have long said their policies do not unfairly target foreign business.

While the doctrine is used at times by other countries, Western antitrust law has long held that restrictions on access to IP are crucial for rewarding innovation, and that consumer, not corporate, welfare is most important when determining violations.

The drafting of the guidelines coincides with the Chinese government’s new five-year plan plotting the country’s economic goals for 2016-2020 and its emphasis on its so-called Internet Plus and Made in China 2025 strategies, which aim to make Chinese companies world technology leaders.

For example, the Made in China 2025 plan calls for a progressive increase in domestic components used in priority sectors such as advanced information technology and robotics to 70 percent by 2025 from a target of 40 percent by 2020.

In recent years, China’s antitrust regulators have been criticized for using aggressive tactics in investigations and weak adherence to due process as they have stepped up enforcement.

Xu Kunlin, the controversial NDRC official who led a probe of Qualcomm Inc, which yielded a record fine of nearly $1 billion from the chip maker last year, was promoted in March to deputy secretary general of the commission.

Experts in the foreign business and legal community fear the guidelines will push Chinese officials to pursue protectionist policies.

“Chinese industrial policy is the lens through which antimonopoly law is interpreted,” said Elliot Papageorgiou, partner and intellectual property lawyer at Rouse Legal in Shanghai.

(Reporting by Michael Martina in Beijing; Additional reporting by David Lawder in Washington; Editing by Martin Howell in Singapore)