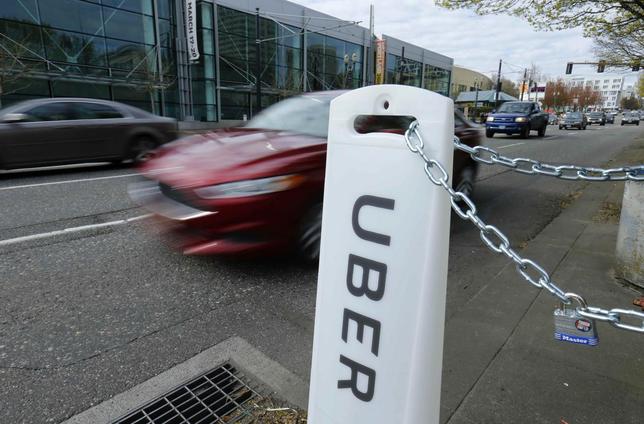 An Uber sign points to drop off and pick up location on a city street in Portland, Oregon March 19, 2016.

Uber Technologies Inc [UBER.UL] will use Progressive Insurance to provide coverage for drivers in Texas beginning on Friday, in a pilot that could lead the ride-hailing market leader to diversify its U.S. insurance purchasing from its current sole provider, Uber and Progressive executives told Reuters.

Uber has been purchasing insurance to cover drivers for its primary ride-hailing services, such as UberX, from James River Insurance Company, a unit of James River Group Holdings. In the U.S. market, Uber said it covers each ride with $1 million of liability coverage per incident, $1 million of injury coverage for underinsured or uninsured motorists, and comprehensive and collision insurance coverage for periods between trips.    Recent changes in Texas insurance rules made it more attractive for Progressive to offer a plan to cover Uber drivers in that state while they are on the job, Uber and Progressive said.     Progressive Corp this year launched “transportation network companies,” or TNC insurance product, aimed at individuals who use their vehicles to carry passengers for ride-hailing services such as Uber or its rival Lyft.

Other large auto insurers have begun rolling out coverage tailored to ride-hailing service drivers, filling a void that had existed for drivers whose personal policies did not cover accidents that happened when they were driving passengers for pay.    Uber’s senior director of insurance, Gus Fulderson, said the company does not have immediate plans to use other insurance providers in other states.     Uber and Progressive did not disclose financial terms of the Texas program, but did say Uber will be buying coverage for thousands of drivers.    James River Group President Bob Myron said his company had expected Uber’s move, but said he expects James River will continue to have “an important relationship with Uber,” that will grow as the numbers of Uber drivers expands. James River is not aware of other states where Uber plans to switch insurance providers, Myron said.