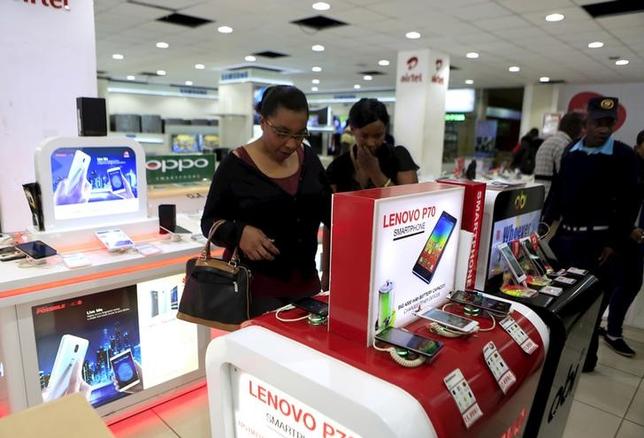 People look at smartphones of Chinese brand Lenovo at a shop in Kenya’s capital Nairobi September 2, 2015.

Global smartphone sales are expected to grow in single digits in percentage terms for the first time ever and PC shipments are forecast to decline in 2016, according to research firm Gartner Inc.

Gartner said on Thursday it expected smartphone sales to grow only 7 percent to 1.5 billion units in 2016 from 2015, stunted by flat sales in the crucial China and North America markets.

“The double-digit growth era for the global smartphone market has come to an end,” Ranjit Atwal, research director, was quoted as saying in Gartner’s latest Devices Forecast findings. (gtnr.it/1ZNyyDl)

The Stamford, Connecticut-headquartered firm said it expects worldwide shipments for PC’s to decrease 1.5 percent from 2015, before returning to growth in 2017.