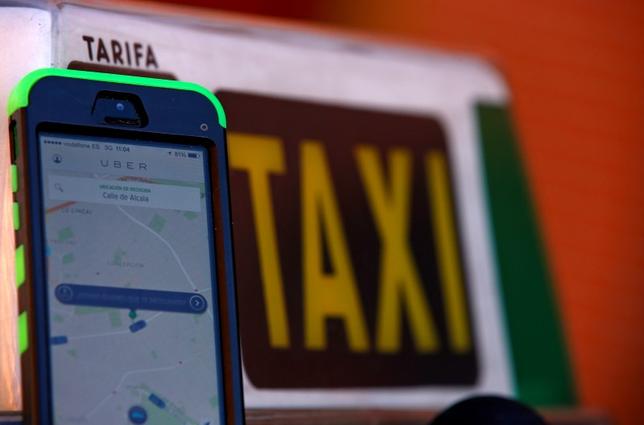 A car-sharing service app Uber on a smartphone next to a taxi sign is seen in this photo illustration taken in Madrid on December 10, 2014.

Uber will be back in Spain from Wednesday, after regulation and hostility from local taxi firms drove it off the streets at the end of 2014.

The U.S. company, embroiled in disputes with authorities around the world after a rapid international expansion, said it is launching UberX, which unlike its previous UberPOP service, uses professionally licensed drivers.

Uber’s first attempt drew the ire of traditional taxi drivers and government suspicion, prompting a Spanish judge to rule that it did not comply with the country’s laws and represented unfair competition.

Uber’s ambition to conquer Spain’s taxi market is unchanged, but this time round the firm has opted for a more limited launch, targeting the private hire sector in Madrid, representing only 10 percent of all taxis in the capital city.

But Uber’s director for Southern Europe told Reuters it hopes that with its aggressive prices – they will be 30 percent less than for a standard cab – it will win over consumers and convince politicians to revise Spain’s regulations.

“I think that Spain is ready,” Carles Lloret said in an interview. “(But) there are services which cannot yet be launched because the regulation is not sufficiently agile.”

“We want to be transparent with the government and we want to maintain a very open dialogue to see how we can build a regulatory framework in Spain that makes sense in both a European and a digital context,” he said.

Although Lloret did not reveal the size of Uber’s initial launch, he said it could go on to create 30,000 jobs in Spain if the country’s regulation is changed.

For now, Uber is however not considering expanding into other Spanish cities, and neither will it offer UberPool, for people to share cars, or UberBLACK’s more luxurious offering.

In Barcelona, its food delivery service UberEATS, which was launched last year, closed after only five months.