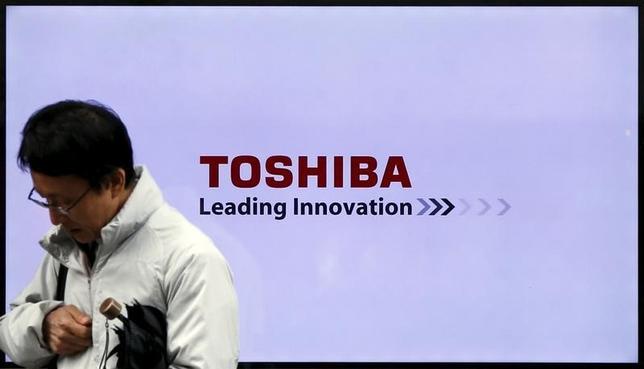 A man walks past a Toshiba Corp logo displayed on one of its television sets in Tokyo, Japan, November 26, 2015.

Toshiba Corp said on Wednesday it would book a pretax profit of 90 billion yen ($801.7 million) for its first quarter ending June, on the sale of its while good business to China’s Midea Group Co Ltd.

The company said it had agreed with Midea to sell a stake of 80.1 percent stake in its white goods unit for about 53.7 billion yen.

The profit from the transaction exceeded the deal price since the former reflects the unit’s debt that will be removed from Toshiba’s balance sheet, the company said.