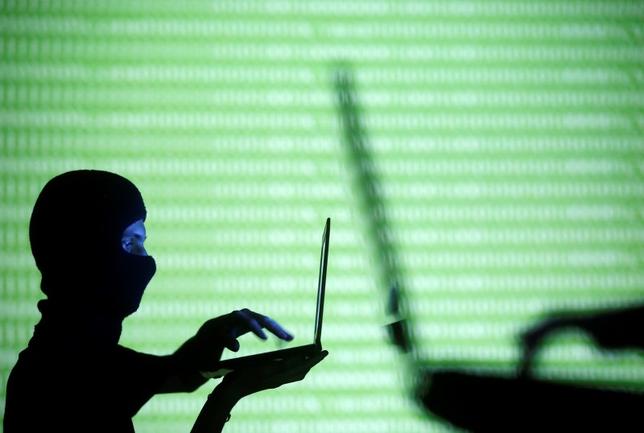 People wearing balaclavas are silhouetted as they pose with a laptops in front of a screen projected with the word ‘cyber’ and binary code, in this picture illustration taken in Zenica October 29, 2014.

A California computer scientist who has studied the economics of cybercrime and pushed the auto industry to address hacking threats to vehicles will be awarded one of the world’s top computing prizes on Wednesday, underscoring the central role that cybersecurity plays in business and government.

Stefan Savage, a professor at the University of California, San Diego, will receive the Association for Computing Machinery’s ACM-Infosys Foundation Award.

Earlier this month, the association also gave its top prize – the A.M. Turing award – to two cryptographers, Whitfield Diffie and Martin Hellman. They were recognized for developing public-key cryptography and digital signatures in the 1970s, which laid the groundwork for much of what protects Internet communication.

“A lot of the important work in computing has something to do with security,” ACM Chief Executive Robert Schnabel told Reuters ahead of the newest announcement. “This used to be what happened in the computing rooms in back offices, and now it is in our cars, and the devices implanted in our bodies.”

Though Diffie and Hellman’s core achievements came four decades ago, the importance of their work has grown in tandem with the world’s Internet connections. On Monday, the U.S. Department of Justice abandoned an effort to force Apple Inc to hack into an iPhone used in the San Bernardino shootings, but many in government and law enforcement still believe they need a way to crack encryption.

While early cryptographers including Diffie and Hellman tangled with the political establishment over their efforts to extend privacy to the masses, Savage has ventured even further from the Ivory Tower, enmeshing himself in the worlds of pharmaceutical spammers, auto industry executives and highway safety regulators.

At a time when many of his peers were exploring technical means for combating junk email, Savage read a book about the drug war and decided to delve into the business models behind spam.

After getting approval from nervous University of California bureaucrats to buy counterfeit drugs, Savage worked with Visa, MasterCard and others, and eventually figured out that three banks were handling 95% of the payments from spam and could be pressured to stop by public exposure, customer complaints and government regulators.

When he turned to car safety in 2010, Savage discovered a method for hacking millions of autos but could not identify anyone at the U.S. National Highway Transportation Safety Administration who understood the problem.

Savage and his team published a paper without naming the manufacturer of the vulnerable vehicles – recently revealed to have been General Motors – in order to give them time to get up speed and fix the issues.