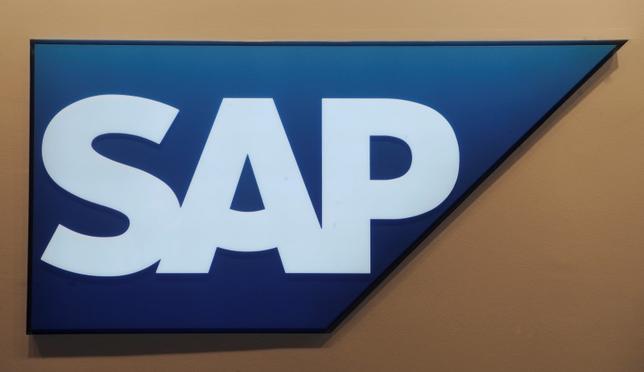 Logo of German company SAP is pictured at the CeBit computer fair in Hanover, March, 6, 2012.

Business planning software giant SAP hiked the long-term stock options awarded to senior executives in 2015 while the company’s board recommended a 5 percent rise in its annual dividend, according to company documents published on Tuesday.

SAP reported strong results for 2015, which were driven by license renewals of its classic packaged software. It also raised its outlook for 2017 while leaving its 2020 targets unchanged.

Chief Executive Bill McDermott received compensation for 2015 including salary, benefits and short- and long-term incentives of 9.28 million euros ($10.40 million), up nearly 15 percent over 2014, according to SAP’s annual report published on Tuesday.

McDermott also received restricted stock options under a three-year plan that had a theoretical value of 8.32 million euros at the end of last year but which will fluctuate in price before he is allowed to realize them later in the decade.

The option awards were based on McDermott meeting 112.96 percent of the company’s key performance indicators in 2015. By contrast, the CEO met 77.9 percent of his targets in 2014 and 93 percent in 2013, according to company filings.

Last Thursday, SAP extended the contracts of its top executive team until 2021, according to an internal memo seen by Reuters, a move that dispels speculation about the future tenure of McDermott.

The board of directors at Europe’s largest software maker also recommended shareholders approve a 1.15 euro ($1.29) dividend for 2015 at its annual meeting in May, representing a payout ratio of 45 percent. SAP said it planned to maintain a dividend totaling more 35 percent of profit after tax in the future.

Compensation for Mucic, Enslin and Leukert roughly doubled over 2014, but the increases largely reflected the month when they joined the supervisory board in that year.

McDermott lost his sight in one eye after falling down a flight of stairs during a holiday last July, leading to speculation in some German media over whether he was fit to continue as chief executive and would be replaced.