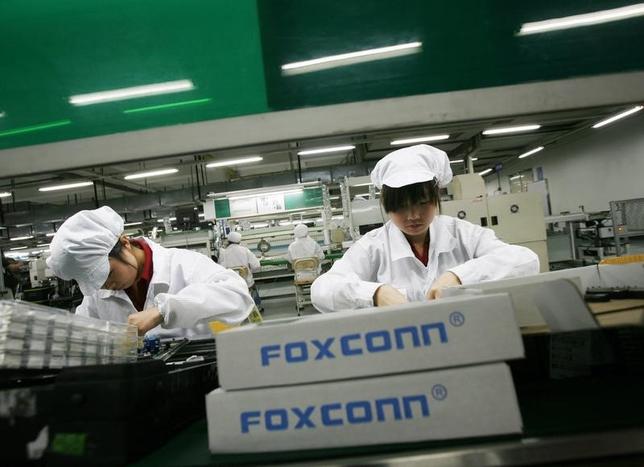 Employees work inside a Foxconn factory in the township of Longhua in the southern Guangdong province in this May 26, 2010 file photo.

The Taiwan Stock Exchange said on Tuesday that shares in Hon Hai Precision Industry Co (2317.TW) (Foxconn) will be suspended from trade on Wednesday due to a “major announcement”.

The stock exchange did not elaborate.

It said that along with Hon Hai, which goes by the trade name Foxconn, trading will also be halted in shares of affiliate Foxconn Technology Co (2354.TW).

A trading halt is customary for listed companies in Taiwan ahead of announcements which may affect trading.

Hon Hai has said it is due to hold a regularly scheduled board meeting on Wednesday.

Japan’s Sharp Corp (6753.T) and Taiwan’s Foxconn are set to sign a merger deal this week after repeated delays, with the two sides set to agree on a smaller bailout than originally planned for the troubled Japanese electronics maker, two sources familiar with the talks said on Saturday.