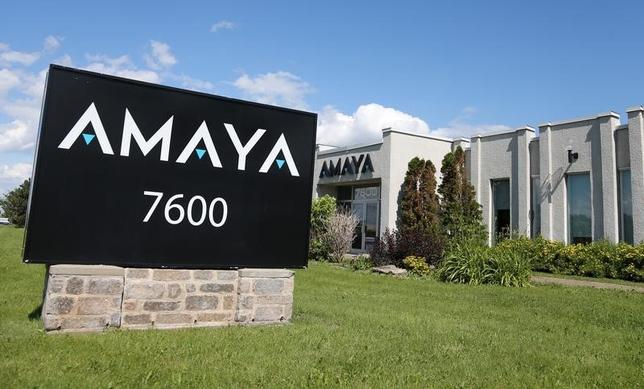 The logo of gaming company Amaya Inc is seen at its head office in Montreal June 22, 2015.

Charges against Baazov come about two months after Amaya said it had received a non-binding proposal from the chief executive to take the company private.

Baazov is taking this leave voluntarily to focus on an offer to buy Amaya and to avoid a distraction for the company while he responds to the allegations against him by the securities regulator, Amaya said on Tuesday.

Divyesh Gadhia, who chairs a special committee set up to consider any offer for the company, has been named interim chairman. Baazov will remain a member of the board, the company said.

The securities regulator launched an investigation into Baazov and other executives in 2014 for trading in Amaya’s stock ahead of the company’s $4.9 billion takeover of PokerStars-owner Rational Group.

Amaya said last week it believed the charges against Baazov were without merit and it expected Baazov to be “fully exonerated”.

(Reporting by Amrutha Gayathri in Bengaluru; Editing by Don Sebastian)