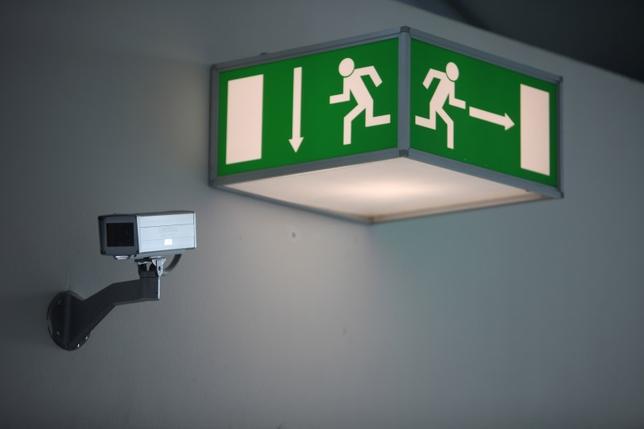 Facial recognition software, scanners that detect weapons and cameras that spot nervous people are some of the technologies that could be used more widely to secure public places, but some would require greater acceptance of surveillance in Europe.

The deadly attacks in Brussels on Tuesday highlighted the vulnerability of Europe’s airports and transport systems.

European Union officials, grappling with the conundrum of how to increase security while retaining the openness of society, have convened meetings to discuss aviation and land transport security.

Their goal is to be able to monitor passengers unobtrusively while minimizing additional hold ups that create crowds, which can themselves become new targets.

Experts say technology cannot solve the problem on its own, but techniques such as facial recognition able to pick out known suspects can help if Europeans decide they want more surveillance.

“For the technology to be effective, it is however necessary to have several cameras operating, especially, in the case of an airport, at the transit zones,” he said.

“Only in the last two years has it become affordable and reliable,” he said. “The cost has been prohibitive until recently and also the technology wasn’t quite good enough.”

Such systems have been installed at Israel’s Ben Gurion International, major hubs in the Middle East and an airport in South America, he said.

But the technology was still not as good as a human, he said, and it could be hampered by simple measures like donning headwear. At least one of the bombers in Brussels was wearing a hat.

“Comparing all of those faces (in a crowd) against a database is a enormously difficult task,” said Kevin Riordan, UK director of checkpoint solutions at British airport scanner maker Smiths. “Looking for a particular face in a crowd is easier.”

Real-time identification requires the suspect to be known to authorities and present in the database used by the airport.

Elke Oberg of German software group Cognitec said the availability of data to be matched with images taken by cameras was a problem.

“For this, it is obvious that security agencies should share more information, in compatible formats, which is rarely the case at the moment,” she said.

Britain’s Qinetiq, a privatized former government defense research agency, is working on Passive Millimetre Wave technology that monitors naturally occurring energy from passengers, rather than requiring them to queue up and pass through a scanner that shines a beam at them.

It can find concealed weapons at a distance of up to 15 meters, the company says.

But any such technologies would still rely on security people on the ground able to respond in seconds.

“There are some technologies that are moving us forward, but many of them rely on people making decisions,” said Chris Phillips, former head of Britain’s National Counter-Terrorism Security office.

Chief Executive Shabtai Shoval, however, also said surveillance must be combined with agents on the ground.

“For example, if set up at the entrance to a terminal to mark out potential terrorists, it would be of limited use if there are not security personnel available on the spot to intercept them,” he said.

One change on the table at the EU talks will be screening passengers at the entrance to airports, a process already in place in locations like Istanbul.

Smith’s Riordan said technology was not good enough to scan passengers as they entered a terminal without interrupting the flow.

“Millimetre wave technology can do that to a certain range, but whether it can detect what is in somebody’s rucksack is another matter.”

Security portals, which passengers could walk through largely unimpeded, had been deployed, he said, but their effectiveness was limited by the explosives used in attacks not being “very smelly”.

A better solution might be more use of dogs. “They’re much smarter if trained correctly,” one EU official said.

Another technology being developed by Israel’s SDS would allow authorities to contact smartphone-holders in the vicinity of a suspected terrorist incident and commandeer the cameras on their smartphones.

“This could be applied after there is an initial attack and a pursuit of suspects, or when an attack has not yet happened but a suspect has been reported,” Shoval said.

But the technology would require a mind-set shift on the part of civilians, turning them into first-responders.

“Israelis are used to this. In Israel, civilians feel like they are also on the front line,” he said. “The question is whether the same can be said for Europeans.”