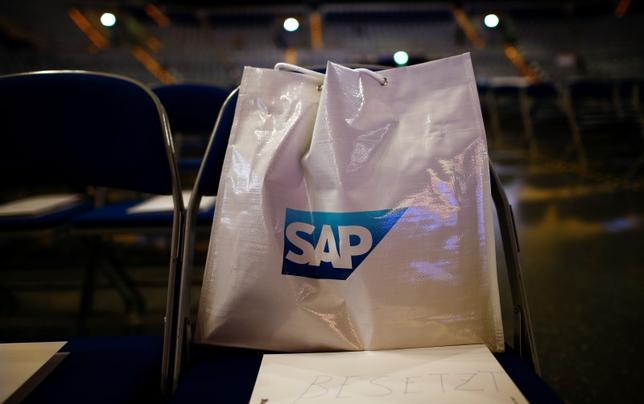 A bag with SAP logo is pictured before the company’s annual general meeting in Mannheim, Germany, May 20, 2015.

German software giant SAP on Thursday extended the contracts of its top executive team until 2021, according to an internal memo seen by Reuters, in a move that dispels doubts about the future tenure of Chief Executive Bill McDermott.

McDermott lost his sight in one eye after falling down a flight of stairs during a holiday last July.

His accident led to speculation in some German media over whether he was fit to continue as chief executive and would be replaced. Last month, German weekly WirtschaftsWoche cited company sources as saying that SAP’s board was considering replacing McDermott with two co-CEOs. bit.ly/1RB85sy

In a memo to employees, SAP said its supervisory board had renewed the contracts of McDermott, Chief Financial Officer Luka Mucic, product development chief Bernd Leukert and Rob Enslin, its global head of sales. Terms had been set to expire in 2017.

“To ensure continued success we decided to reappoint them for a period of five years,” the memo signed by Hasso Plattner, SAP chairman and a co-founder of the 44-year-old firm, said.

As CEO, McDermott acts as SAP’s outspoken salesman-in-chief while helping to manage the company’s transition to become a supplier of cloud-based business planning services instead of relying on traditional sales of its classic packaged software.

Europe’s largest software company has cautioned that this transition will put continued pressure on operating margins until at least 2020.

SAP is looking to make faster inroads into the market for Internet-based software than long-time rival Oracle and other established software players while fending off pure cloud-based rivals like Salesforce.com and Workday.