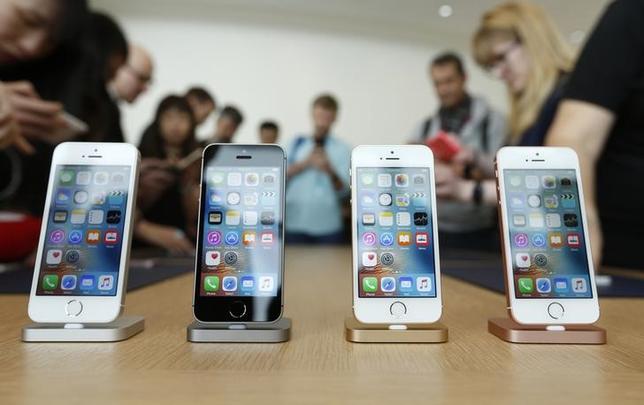 Hedge funds may have taken too big a bite of Apple Inc (AAPL.O).

Shares of the iPhone maker are one of the biggest bets among hedge funds, with 47 of them listing Apple among their ten largest holdings as of the end of 2015, according to a report from Goldman Sachs on March 18.

At the same time, mutual funds are going the opposite direction: Apple is their second-largest underweight holding, meaning the funds invest less of their portfolio in the company than its percentage weighting in the benchmark S&P 500 index.

The difference of opinion on Apple, with shares flat year to date, is one reason hedge funds are again lagging.

The average hedge fund was down 3.3 percent through February, while the average large-cap core mutual fund fell just 0.8 percent, according to data from fund tracker Morningstar.

Mutual fund managers believe Apple no longer enjoys the outsized prospects it had in the past.

“We’ve done very well with this company for a long time but it’s so large now that it’s becoming impossible for it to move the needle meaningfully” in terms of revenue growth or profits, said one fund manager from a well-known firm. The manager, who did not want to be identified because he was not authorized to speak publicly, sold all of his shares in the company.

Shares of Apple fell 6.5 percent on Jan. 27, the day after the company reported its slowest-ever rise in iPhone shipments and forecast quarterly sales declining for the first time in 13 years.

“Your typical mutual fund manager is going to have more patience than your typical hedge fund manager, who if they have a sizeable stake are going to push for structural or corporate changes to enhance shareholder value,” he said.

Hedge fund Bridgewater Associates increased its stake in Apple by 19 percent during the fourth quarter of 2015, while Tiger Global Management initiated a position, buying 10.6 million shares in the same period, according to SEC filings.

At the same time, well-known activists such as Carl Icahn and David Einhorn have trimmed their positions..

Hedge fund manager Morris Mark, whose firm Mark Asset Management oversees $500 million in assets, said he is maintaining a large position in Apple, even as the shares flat line. He sees the iPhone as the gateway into new home-based products.

“They’re going to come out with more services layered on top of this incredible franchise, and you are going to see their entire ecosystem grow,” he said.