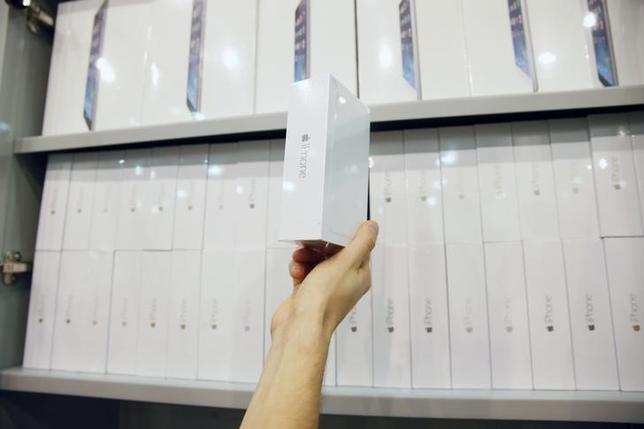 A man holds the newly released iPhone 6 in a mobile phone shop in Moscow September 26, 2014.

“The Anti-Monopoly Service sees signs of price fixing violations in the Russian Federation at Apple iPhone resellers, which resulted in the same prices for these smartphones,” it said in a statement.

A representative for Apple in Russia was not immediately available for comment.

The anti-monopoly body said it had opened its case after an appeal from a citizen with information that identical prices had been set for iPhone 6s and iPhone 6s Plus models, which appeared in Russia in October 2015, at 16 major resellers.

It said that an investigation had showed that resellers had set identical prices and kept them at that level for a certain time period, including for other models.

MTS, one of the resellers mentioned in the anti-monopoly service’s statement, declined a request for comment.

Euroset, another firm mentioned, denied it had coordinated prices with anyone.