Nissan in talks with Panasonic, others to sell battery operations: sources 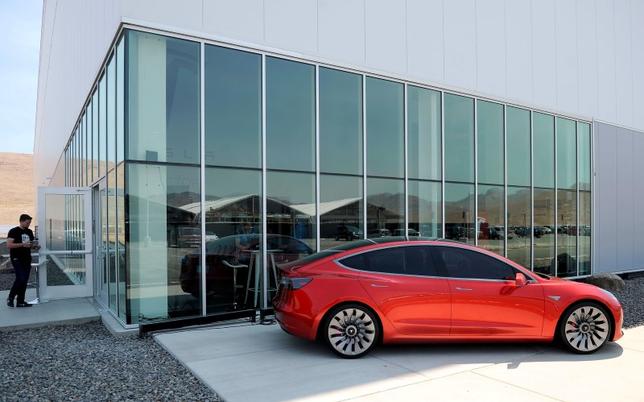 A prototype of the Tesla Model 3 is on display in front of the factory during a media tour of the Tesla Gigafactory which will produce batteries for the electric carmaker in Sparks, Nevada, U.S. July 26, 2016.

Tesla Motors Inc (TSLA.O) said the cost of building and operating the Gigafactory could exceed the company’s current expectations.

The Gigafactory may also take longer than anticipated to come online, the electric carmaker said in a filing on Friday.

(Reporting by Sweta Singh in Bengaluru; Editing by Sriraj Kalluvila)