Alibaba says it is not making an investment in Netflix 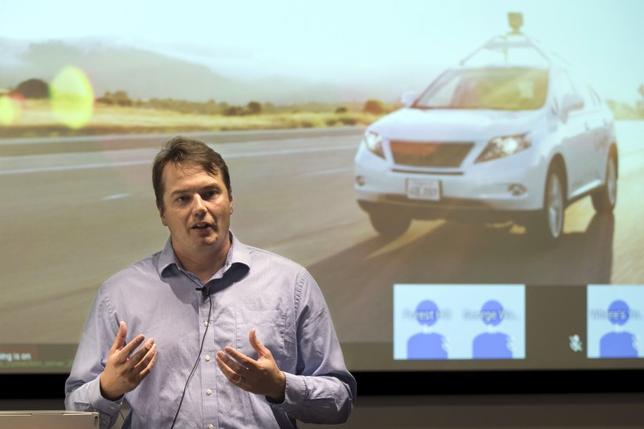 Chris Urmson, Director of the Self Driving Cars Project at Google, speaks to the media during a preview of Google’s prototype autonomous vehicles in Mountain View, California September 29, 2015.

Chris Urmson, an executive who was instrumental in building Google’s self-driving car project, said on Friday he is leaving the team after seven and a half years.

Alphabet Inc’s Google had named Urmson chief technical officer of the self-driving car project after it hired former Hyundai executive John Krafcik to be chief executive of the project.

Krafcik confirmed Urmson’s departure in a tweet on Friday afternoon.

Urmson, in a blog post late Friday, said he was “ready for a fresh challenge.”

(Reporting by Paul Lienert in Detroit; Editing by James Dalgleish)