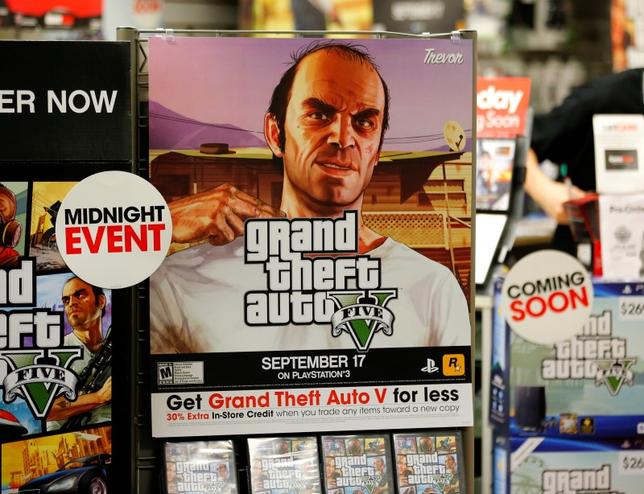 A promotion for the computer game ”Grand Theft Auto Five” is show in a Game Stop gaming story in Encinitas, California September 17, 2013.

Take-Two, like its rivals, has also benefited from a shift by players downloading digital copies of its videogames – which generate higher margins – rather than buying physical game discs.

Digital downloads accounted for about 55 percent of revenue in the quarter.