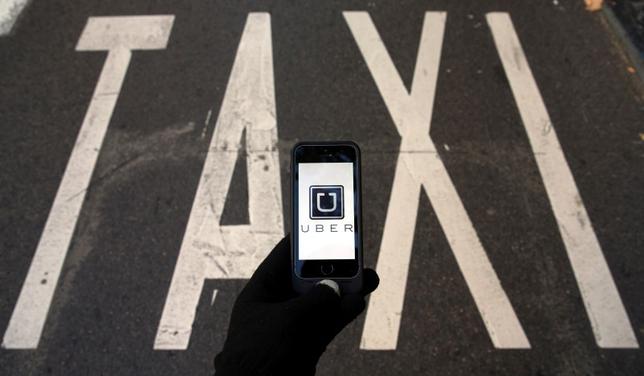 The logo of car-sharing service app Uber on a smartphone over a reserved lane for taxis in a street is seen in this photo illustration taken December 10, 2014.

Hundreds of drivers signed up with ride-hailing service Uber [UBER.UL] in Kenya went on strike on Tuesday to protest against fare cuts.

The U.S.-based company, which started operations in the East African country in January 2015, is cutting total fares by up to 35 percent to boost demand for the service, amid growing competition from local firms.

“We want them to bring back the original fares we used to have,” said Simon Mutembei, one of the drivers who marched to Uber’s offices in a Nairobi suburb.

“If they don’t do this we have other alternatives. We have so many other platforms where we can go. Because I need to eat. I need to feed my family,” he said.

He said drivers were considering signing up with other ride-hailing companies like Little Cab, launched last month.

There are at least three ride-hailing apps in Nairobi and the services have not spread beyond the capital, heightening the scramble for customers, analysts said.

Uber, which allows users to book and pay for a taxi by smartphone, said the cuts were in the drivers’ interest as they would attract more customers, adding it had consulted with its drivers before cutting prices.

Simon Mbogo, the secretary general of the Kenyan Taxi Digital Association, which represents the drivers, said the drivers would all switch to Little Cab if Uber did not accede to their demands by Tuesday afternoon.

Little Cab, which is jointly owned by telecoms operator Safaricom and local software developer Craft Silicon, was launched on July 5.

Apart from a return to the old prices, the taxi association also wants Uber to cut its deductions from drivers to 15 percent of their earnings from the current 25 percent, Mbogo said.

Uber users in Kenya said regular taxi cabs had raised their fares in response to the strike at Uber.

“I tried to get an Uber today and was not able to. It seems like the other regular drivers are also taking advantage of the strike and have doubled their prices as well today,” Mitraj Singh Lochab, a Nairobi-based Uber user, told Reuters.