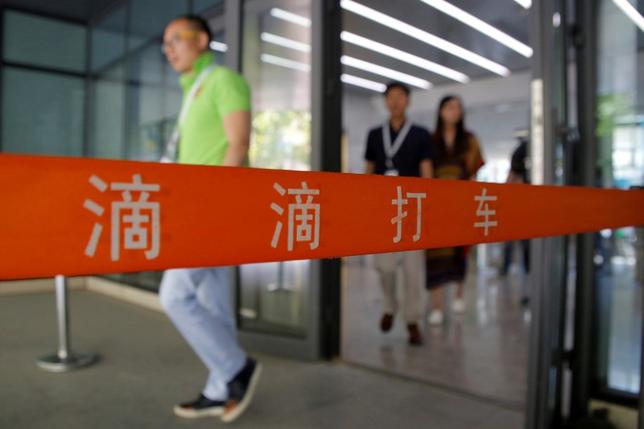 People walk out of the headquarters building of Didi Chuxing in Beijing, China, May 18, 2016.

A merger between Chinese ride-hailing firm Didi Chuxing and the China unit of U.S. rival Uber could face its first hiccup after China’s commerce ministry (Mofcom) said on Tuesday it had not received a necessary application to allow the deal to go ahead.

Mofcom, one of China’s anti-trust regulators, said at a news briefing that the two firms need to seek approval for the deal to go ahead. It had been unclear previously whether such a filing would be required as both firms are loss-making in China.

“Mofcom has not currently received a merger filing related to the deal between Didi and Uber,” ministry spokesman Shen Danyang said. “All transactors must apply to the ministry in advance. Those that haven’t applied won’t be able to carry out a merger” if they fall under applicable anti-trust and merger rules, he said.

Didi and Uber have been in a fierce battle in China, spending billions of dollars to subsidize rides and win users.

Other players, however, could step up competition.

Jia Yueting, head of LeEco, the parent of smaller ride-hailing rival Yidao, said in a social media post the firm would offer steep rebates to attract passengers to help avoid there being a monopoly in the market.

“Yidao will soon kick off an even more aggressive cashback campaign,” according to a translation of Jia’s posting provided by a LeEco spokeswoman.