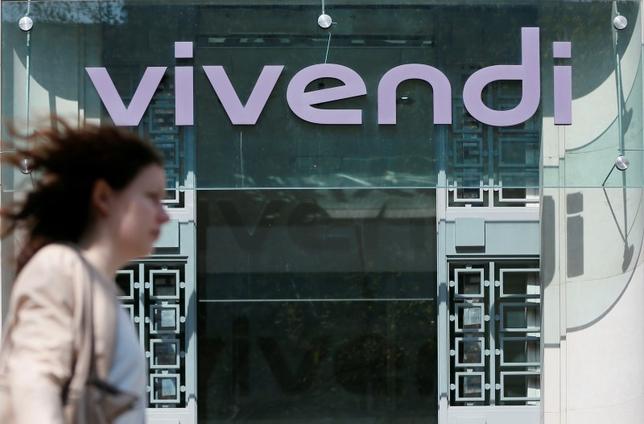 A woman walks walk past the main entrance of the entertainment-to-telecoms conglomerate Vivendi’s headquarters in Paris April 8, 2015.

France’s Vivendi reiterated on Friday that the business plan of Mediaset’s pay-TV unit was based on “unrealistic assumptions”.

The business plan laid out by Mediaset forecasts a break-even point for Mediaset Premium for 2018.

In a statement seeking to clarify its disagreement with the Italian broadcaster, Vivendi said audit group Deloitte, which carried out a due diligence for Vivendi on Mediaset Premium in June, considered the business plan as “unachievable”.

Vivendi, which has backed off from an initial deal to purchase Mediaset’s pay-TV unit, added that it still sought an alternative agreement with the Italian broadcaster, a day after the two groups threatened legal action against each other.