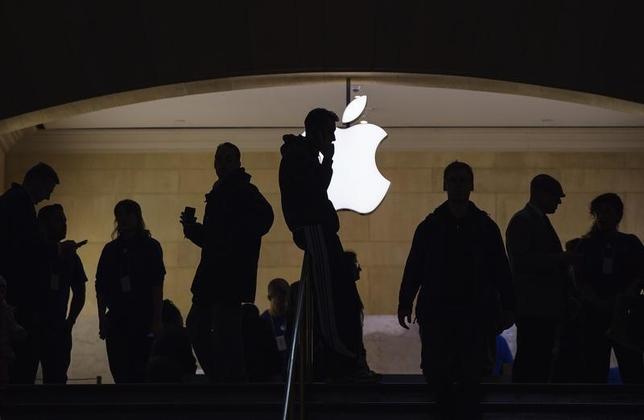 A man talks on his telephone as customers walk through an Apple store in Grand Central Terminal in New York, March 15, 2013.

Apple Inc is planning to open its first Apple Store in Taiwan, a move that comes after the U.S. technology giant raised $1.38 billion in a bond offering last month on the island that is home to many companies in its supply chain.

Apple was seeking “a leader for personnel training plans for the Taiwan Apple Store” and other retail positions indicating it was looking for a team in Taiwan, according to job postings dated Friday on Apple’s website.

The Cupertino, California-based company confirmed it had plans to open the first Apple Store in Taiwan, but provided no other details.

The Apple Store is the envy of many in the retail world, with the highest sales per square foot in the industry, but some say the stores have lost their edge since the first one opened 15 years ago.

This year Apple’s popular iPhones saw their first ever sales decline during the second quarter as the firm struggled with an increasingly saturated smartphone market.

Apple’s Greater China revenue, which includes Hong Kong and Taiwan, sank 26 percent in its second fiscal quarter from a year earlier. Apple didn’t break out revenue for Taiwan, but company executives said in April that the decline had to do with revenue from Hong Kong.