Softbank, Honda: Sit back, relax, let the car do the talking 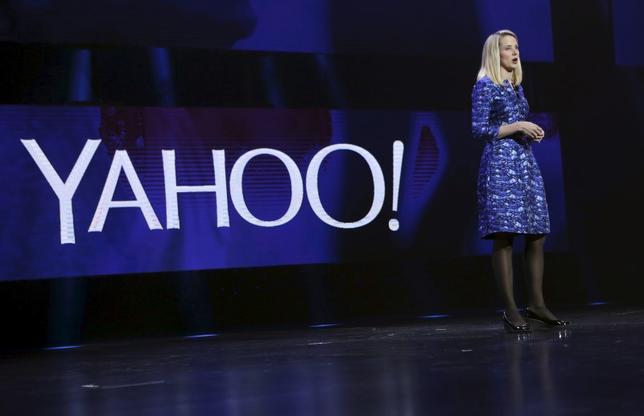 Former Yahoo executive Dan Rosensweig has not worked at the pioneering internet company in nearly a decade.

But last week, as Yahoo Inc (YHOO.O) prepared to sell its core internet business, he was sporting a Yahoo T-shirt and, in an interview, reveled in memories of the company’s heyday, along with the deep impact its alumni had – and still have – in shaping Silicon Valley.

He recalled a workforce that believed “they were doing something that mattered: bringing people information,” said Rosensweig, the company’s chief operating officer from 2002 until 2007. “I hire as many ex-Yahoos as I can, because I know their commitment, their talent.”

Rosensweig – now CEO of the online education company Chegg Inc (CHGG.N) – is one of scores of executives around Silicon Valley who still “bleed purple,” as many Yahoo alums put it, despite the company’s more recent instability and decline.

In the formative years of the web, Yahoo was the biggest, richest internet upstart in Silicon Valley, and it incubated a generation of executives. Now, as a sale and possible dismemberment of the company looms, a wave of sorrow and nostalgia is reverberating through the Yahoo diaspora.

“People are sad,” said Change.org President Jennifer Dulski, who left Yahoo in 2007 after nearly a decade. “Until it really is over, a lot of us believe there will be a chance for resurgence.”

She compared the emotions surrounding the auction to “when your parents sell your childhood home.”

Launched in 1994 by two Stanford graduate students, Jerry Yang and David Filo, Yahoo in its early years was the destination of choice for many making their first forays into the world wide web. The company soared, and then crashed in the first dot-com bubble – and then emerged from the rubble as one of the few internet companies with substantial revenues and profits.

The peak came in the mid-2000s, many former executives say, with advertisers desperate for a presence in the new online medium filling the company’s coffers. But even then, Google (GOOGL.O) was busily undermining Yahoo’s core business – helping people find things on the internet.

By 2008, Yahoo was fending off a contentious takeover bid from Microsoft Corp (MSFT.O) and struggling to define its mission. That core question was never really answered, leading to years of management instability and shifting priorities.

Google, Facebook Inc (FB.O), Amazon.com Inc (AMZN.O) and a host of new companies, meanwhile, claimed much of the territory that might have been Yahoo’s.

The auction of the company’s core assets – which has drawn bids from Verizon Communications Inc (VZ.N), AT&T Inc (T.N) and others and is expected to conclude by the end of the month – is likely to value them at about a hundredth of what Google-parent Alphabet Inc is worth. The auction does not include Yahoo’s valuable stakes in Alibaba Group Holding Ltd (BABA.K), the Chinese e-commerce juggernaut, and Yahoo Japan Corp (4689.T).

Some of the 23 former Yahoo executives interviewed by Reuters carry other emotions, including frustration with all the missed opportunities, and anger over the management dysfunction that has plagued the company for a decade.

Still, many former employees remember the Yahoo of a certain era as a special place, pointing to a youthful energy, a culture of learning and the excitement of being on the front lines of the internet revolution.

Luanne Calvert, chief marketing officer at Virgin America Inc (VA.O), was at Yahoo from 1999 to 2002. She credits the experience with making her career.

“It was pretty amazing that you could kind of create your own job” at Yahoo, as she did. “I became the queen bee of buzz marketing … It changed my life in terms of (experience that was) really relevant to the future of marketing.”

Many ex-Yahoos are quick to acknowledge that the company eventually lost focus as it grew big and bureaucratic, and came to be dominated internally by endless meetings and powerpoint presentations.

By 2010, said Shashi Seth, who arrived that year as a senior vice president, “people just looked at Yahoo as a job. It wasn’t their passion.”

Still, even today, the eagerness of ex-Yahoos to work with one another is undiminished. A Meetup group, at least two Facebook groups, a smartphone app called “xY!z Network” and a LinkedIn group with more than 15,000 members tie the ex-Yahoos together. For some, connections with fellow Yahoo alumni turned into lasting business relationships.

Ann Crady Weiss, a former director of business development at Yahoo and co-founder of nursery products company Hatch Baby, said the majority of financing she’s received since leaving Yahoo and starting two businesses “came either directly from a Yahoo person or one degree of separation from a Yahoo person.”

“For me, that alumni network and those referrals set me on a path for success,” she said. “Yahoo was critical to my future.”

The power and reach of the Yahoo diaspora, Solomon said, helps dull the pain of the company’s decline.

“We know each other, we trust each other,” he said. “We’ve been through a lot together and will all help each other out.”