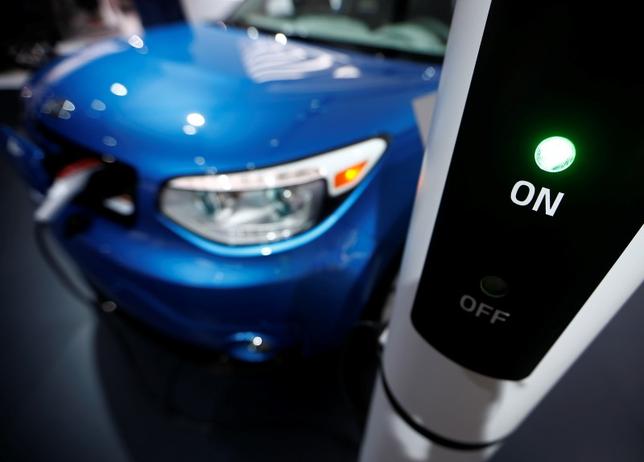 A Kia Soul EV is plugged into a charging station in Detroit, Michigan, in this file photo dated January 13, 2015.

The White House on Thursday said it was expanding a federal loan guarantee program to include companies building electric vehicle (EV) charging stations, part of a broader effort to boost EV sales.

The U.S. Energy Department issued a notice clarifying that charging facilities, including hardware and software, are now an eligible technology. The program can provide up to $4.5 billion in loan guarantees for renewable energy and energy efficiency projects.

The Energy Department said EV charging stations could be considered efficient electrical transmission or distribution technologies, which make them eligible for a specific loan guarantee program.

The White House touted the fact that the number of EV charging stations has risen from 500 in 2008 to more than 16,000 today, as electric battery costs have fallen more than 70 percent.

“There’s a lot more to do in this space,” said Brian Deese, a White House senior adviser, in a call with reporters.

But U.S. electric vehicle sales have not met many early expectations.

U.S. Energy Secretary Ernest Moniz said in January said EV sales fell well below President Barack Obama’s goal of reaching 1 million by 2015. Moniz told Reuters in January that the country may hit the figure in three to four years with continuing improvements in battery technology, but low gasoline prices have had a negative impact on sales.

In August 2008, Obama set a goal of getting 1 million plug-in electric vehicles on the roads by 2015.

Only about 475,000 electric cars have been sold in the United States since then. There are about 250 million cars and trucks on U.S. roads.

The White House has repeatedly proposed efforts to boost EV sales including hiking the electric vehicle tax credit and converting it to a point of sale rebate, but Congress didn’t approve.