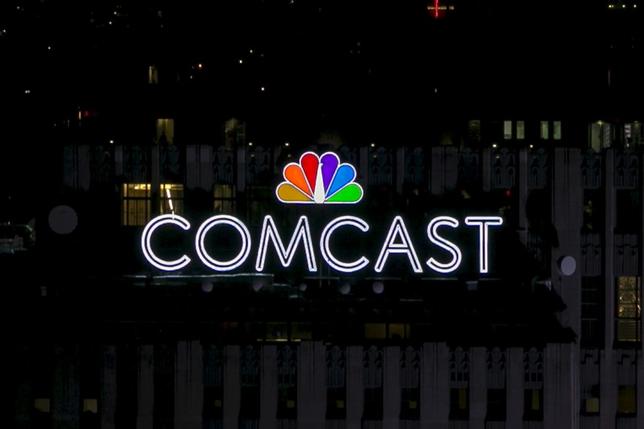 The NBC and Comcast logo are displayed on top of 30 Rockefeller Plaza, formerly known as the GE building, in midtown Manhattan in New York July 1, 2015.

Comcast Corp, the No. 1 U.S. cable company, said on Thursday it will introduce prepaid TV and internet services to attract customers whose credit ratings do not quality them for postpaid services.

The service will roll out later this year in Illinois, Michigan, Georgia, Florida and Indiana, and will extend to the entire country by the end of 2017, Philadelphia-based Comcast said in a statement.

Cable and satellite providers are looking for new ways to add customers, in the face of intense competition from streaming video services.

The new offering, which does away with credit checks and annual contracts, lets customers refill their service at any time for a period of seven or 30 days for $15 and $45 respectively, the company said. The price of a TV starter kit starts at $80, and an internet starter kit costs $80.

Comcast said it hopes to target customers without bank accounts with its new Xfinity Prepaid Services.  According to the Federal Deposit Insurance Corp, nearly 10 million U.S. households are “unbanked” and another 25 million are “underbanked,” meaning they have poor access to banking services.

The company’s new prepaid offer is in line with the wireless industry’s prepaid cellular service offerings that give customers with low credit scores or low income, the chance to skip credit checks and annual service contracts.

Comcast, which will announce earnings on July 27, said it will not include pre-paid customers when it reports subscriber numbers in its quarterly reports.