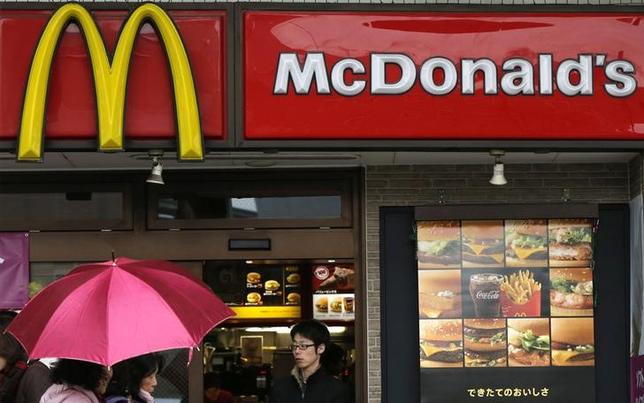 Passersby walk past a McDonald’s store in Tokyo December 16, 2014.

Shares of Japan’s McDonald’s Holdings Co jumped to their highest level since 2001 in early trade on Thursday after the company said it would collaborate on the Pokemon GO game “soon”.

The stock jumped as much as 7.4 percent to 3,775 yen, its highest since 2001. It gained 5.3 percent and 9.8 percent on Tuesday and Wednesday, respectively, on a media report that the fast-food chain would become the game’s first sponsor.

(This version of the story corrects McDonald’s milestone to 2001, not December 2001, in second paragraph)