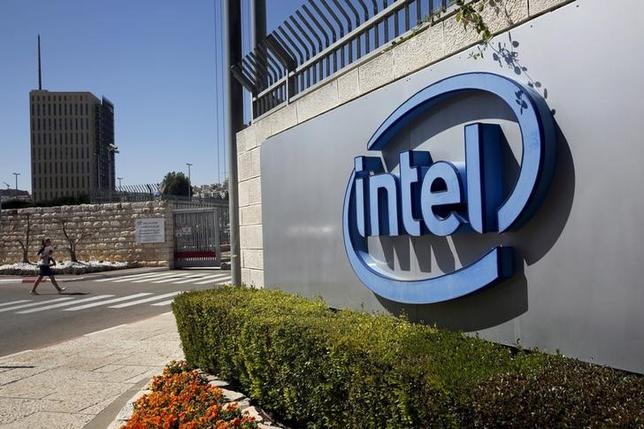 The logo of Intel, the world’s largest chipmaker is seen at their offices in Jerusalem, April 20, 2016.