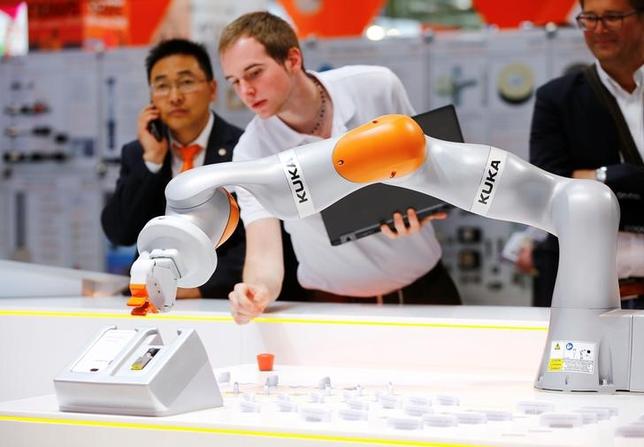 China’s Midea Group Co Ltd (000333.SZ) said acceptances received in its 4.5 billion euro ($5 billion) takeover offer for Germany’s Kuka (KU2G.DE) as of 1600 GMT on Thursday would lift its holding in the robotics firm to 76.38 percent.

In a filing in Shenzhen, the home appliance maker said Kuka shareholders had tendered 25.01 million shares in response to the offer by that time, or about 62.88 percent of the issued share capital. Midea launched the offer in May.

Together with the 13.51 percent stake already owned by Midea, the Chinese firm would hold a total of 76.38 percent of Kuka. The takeover offer will expire at 2200 GMT on Friday.

Midea shares jumped 9.3 percent to hit a record high at 29.57 yuan in Shenzhen earlier on Friday before trimming gains to close at 28.65 yuan, up 6 percent.