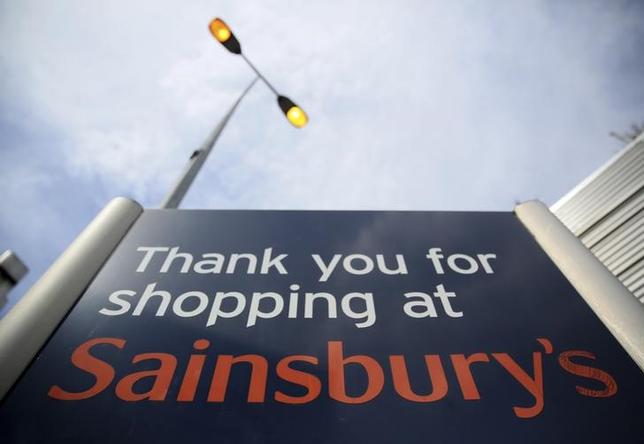 Sainsbury’s, Britain’s second largest supermarket group, is trialing a one hour home delivery service that is similar in concept to Amazon’s ‘Prime Now’, it said on Friday.

Online shopping is one of the better-performing parts of Britain’s retail sector and has become a key battleground for the big supermarkets as they grapple with the growth of German discounters Aldi [ALDIEI.UL] and Lidl [LIDUK.UL].

Britain’s online food market is expected to nearly double to 17.2 billion pounds ($23 billion) in the five years to 2020, according to industry research group IGD.

Sainsbury’s is trialing its new service, called ‘Chop Chop’, in the Wandsworth area of south London, which will have a delivery fee of 4.99 pounds.

Customers living within three kilometers of its Wandsworth store can order up to 20 Sainsbury’s products for delivery to their home within an hour, using an app on Apple devices.

Sainsbury’s Chief Executive Mike Coupe told analysts at Bernstein, in a call with the brokerage on Thursday, that the company can see potential demand for the provision of a basket of food on a very short time scale.

He noted that Sainsbury’s has the nationwide store network, with large fresh food ranges in all of them, and the online retail knowledge, to provide such a service if the market develops.

Amazon launched Prime Now in London a year ago and it is now available to more than 30 percent of the UK population.

The mobile app is available to Prime members and offers one-hour delivery on more than 15,000 items for 6.99 pounds, or delivery at no extra charge within a choice of two-hour, same-day delivery slots.

Items available include essentials such as fresh milk, nappies, coffee and chocolate, as well as games consoles, toys, gifts and sports equipment.

Coupe also told the Bernstein analysts that he sees no reason for rival Asda, under new CEO Sean Clarke, “to go hard on price”, seeing his most likely action as moves to improve store standards, service and availability.

Speculation of a racheting-up of an industry price war has been rife since Wal-Mart, Asda’s American owner, said last month it would shift the balance of Asda’s strategy from protecting profits to protecting market share.