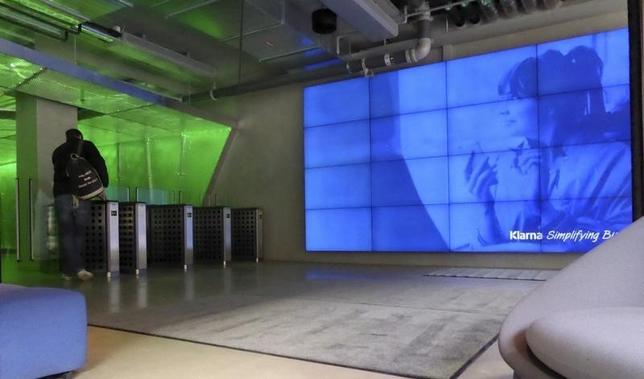 Swedish payments firm Klarna has added online fashion start-up Lyst to its client list as it seeks to step up competition in a sector dominated by giants such as PayPal.

The addition of Lyst, which operates as an online mall and personal shopping service with access to hundreds of brands from Burberry to J.Crew, showed Klarna had momentum, particularly in Europe, analysts said.

“It’s a signal that PayPal has a harder time in Europe than it does in the U.S.,” said Sucharita Mulpuru-Kodali, an e-commerce analyst at Forrester Research.

“Klarna’s brand equity is much stronger in Europe. They have strong traction.”

Klarna operates across Europe and is especially strong in Scandinavia and Germany.

Founded in 2005 and backed by investors such as Sequoia Capital and Atomico, Klarna is one of Europe’s so-called tech unicorns with a $2.25 billion valuation at the end of last year.

Its services allow online consumers to buy goods by entering details such as an e-mail address and zip code. It also lets consumers pay after delivery with Klarna assuming the risk in the interim and paying the retailer immediately.

“Klarna is competing with some really big companies… so given the options that Lyst had it’s an interesting choice,” she said.

PayPal’s own revenue and profit jumped in the first three months of the year as the company added customers and processed more digital payments. It is due to report second quarter earnings on July 21.

Lyst, a British start-up launched in 2010, enables shoppers to follow designers and create personalised lists of brands to buy from, including everything from $6,000 Oscar de la Renta couture gowns to $12 bracelets.

“The vast majority of our traffic is on mobile and tablets, and Klarna really makes that checkout even more straightforward and simple,” Lyst CEO and co-founder Chris Morton told Reuters.

It has financial backing from Bernard Arnault, head of LVMH and the likes of DFJ Esprit and Accel Partners.