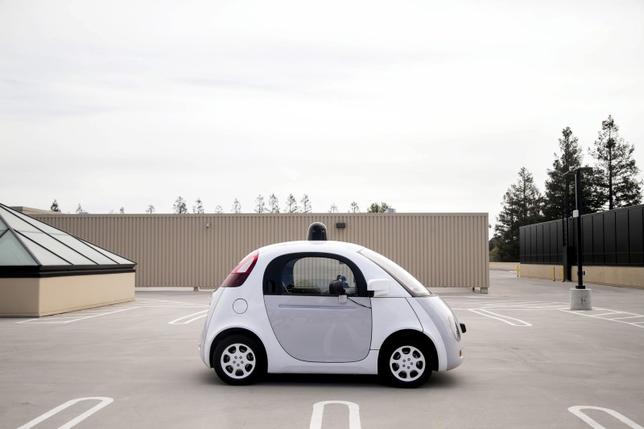 A prototype of Google’s own self-driving vehicle is seen during a media preview of Google’s current autonomous vehicles in Mountain View, California.

Google has logged more than 1.7 million miles (2.7 million km) of autonomous driving in testing in Texas, California, Arizona and Washington state. It has said it has no timetable for making self-driving vehicles available to the public.

But a number of crashes involving the vehicles has caught the attention of regulators.

The National Highway Traffic Safety Administration said in March it was collecting information after a Google self-driving car struck a municipal bus in California in a minor crash. But it did not open a formal probe.

The agency has opened a formal investigation into the May 7 death of a Tesla Motors Model S driver in a Florida crash who was operating in “Autopilot” mode.

U.S. regulators are working on guidelines for such vehicles. They were supposed to be unveiled by July 14, but U.S. Transportation Secretary Anthony Foxx told reporters last month they might not be released until later this summer.

Google named Ken Vosen as the top lawyer for its self-driving car project. He was most recently chief legal officer at The Climate Corporation, an environmental analysis firm and a unit of Monsanto Co (MON.N). He was also previously counsel at O’Melveny & Myers LLP. His hiring was reported earlier by Recode.

The move could be a sign that Google is preparing to make its self-driving car unit a separate company. The program is now part of its X research laboratory unit.

“The self-driving car project is in the middle of graduating from X and this is sort of a gradual process,” Astro Teller, who heads the X program, told NBC News in April.

In May, Google and Fiat Chrysler Automobiles NV (FCHA.MI) said they had agreed to work together to build a fleet of 100 self-driving minivans, marking the first time a Silicon Valley firm had teamed up with a traditional carmaker to develop an autonomous vehicle.

In March, Reuters reported Google’s self-driving car team was expanding and hiring more people with automotive industry expertise, underscoring the company’s determination to move the division past the experimental stage.