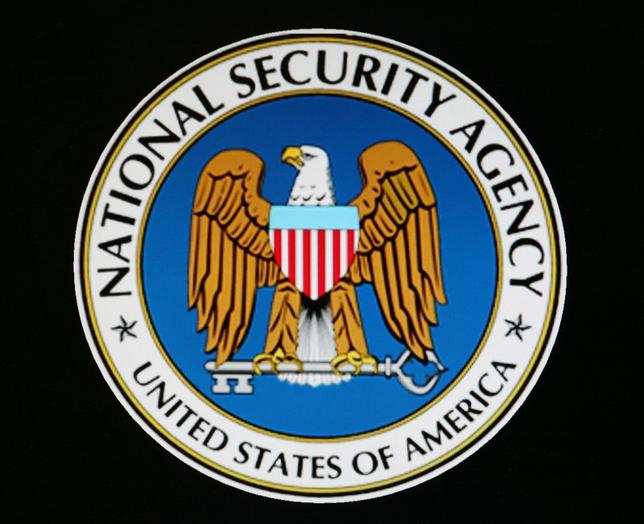 The logo of the U.S. National Security Agency is seen in Fort Meade, Maryland, January 25, 2006.

A U.S. appeals court will weigh a constitutional challenge on Wednesday to a warrantless government surveillance program brought by an Oregon man found guilty of attempting to detonate a bomb in 2010 during a Christmas tree-lighting ceremony.

The case before a three-judge panel of the 9th U.S. Circuit Court of Appeals is the first of its kind to consider whether a criminal defendant’s constitutional privacy rights are violated under a National Security Agency program that allows spying on Americans’ international phone calls and internet communications.

Mohamed Mohamud, a Somali-American, was convicted in 2013 of plotting to use a weapon of mass destruction and sentenced to 30 years in prison.

In 2010, Mohamud, a naturalized U.S. citizen who was then 19, was found to have attempted to remotely detonate a fake car bomb planted near a square crowded with thousands of people attending a ceremony in downtown Portland the day after Thanksgiving.

Wednesday’s case, U.S. v. Mohamud, challenges the admissibility of evidence brought to trial obtained under a foreign intelligence statute on grounds it does not allow the government to retain and access content of communications belonging to Americans and that it is unconstitutional.

That law, amended in 2008 by Congress and known as Section 702, enables internet surveillance programs known as Prism and Upstream that were first disclosed publicly in a series of leaks by former NSA contractor Edward Snowden three years ago.

Prism gathers messaging data from Alphabet Inc’s Google, Facebook Inc, Microsoft Corp, Apple Inc and other major tech companies that is sent to and from a foreign target under surveillance. Upstream allows the NSA to copy web traffic flowing along the internet backbone located inside the United States and query that data for certain terms associated with a target.

Officials have conceded that data about Americans is sometimes “incidentally” collected under these programs, and later used for domestic criminal investigations. Critics see it as back-door surveillance of Americans without a warrant.

The government has not disclosed which program was used to surveil Mohamud and only alerted him and his lawyers to how evidence against him was collected after his conviction.

Section 702 has been challenged before in court, but cases have generally been dismissed due to an inability to prove someone’s communications were actually caught up in the highly secretive programs.

The case may have political implications, as Congress must reauthorize Section 702 by Dec. 31, 2017, or let it expire.